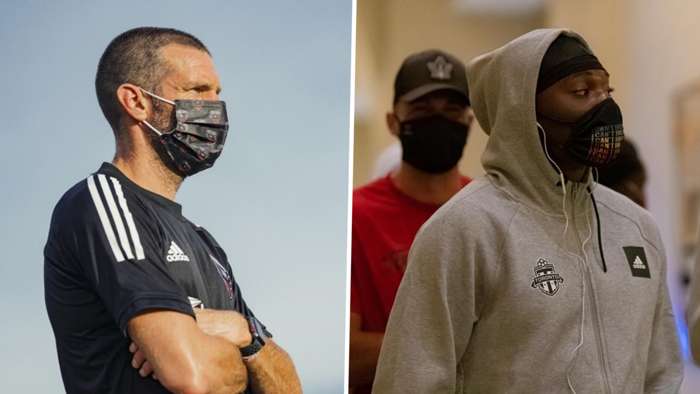 Sunday's MLS match between D.C. United and Toronto FC has been postponed after a player tested positive for coronavirus.

The match was called off after one D.C. United player tested positive for Covid-19, while a Toronto player's test came back inconclusive.

The players were tested the previous day but had to be checked again on Sunday morning and in the interests of health and safety the league has decided to reschedule the match.

A statement read: "Major League Soccer announced that today’s D.C. United vs. Toronto FC match has been postponed and will be rescheduled. MLS will announce details later today for the rescheduled match.

"Under the league’s health and safety protocols, clubs are tested the day before each match. The results of yesterday’s tests for D.C. United and Toronto FC produced an initial unconfirmed positive Covid-19 case for one player and an inconclusive test for another player.

"Because of the arrival time of the clubs in Orlando, the league’s protocol called for retesting both teams this morning and to await the results of those tests prior to playing the match.

"Major League Soccer will continue to prioritize the health and safety of all participants of the MLS is Back Tournament in making these decisions."

Mark Abbott, the league's deputy commissioner, explained further:”Each team was tested the game before and two results we are re-evaluating.

"One for D.C. is a positive test, but not a final positive. With Toronto we had one that is an inconclusive test andwe are re-evaluating that."

He added: "Once we receive the results of the two tests we will be in a position to know when to re-schedule the game."

The MLS is Back tournament being held in Florida has been hit hard by the ongoing pandemic since before it began on July 8.