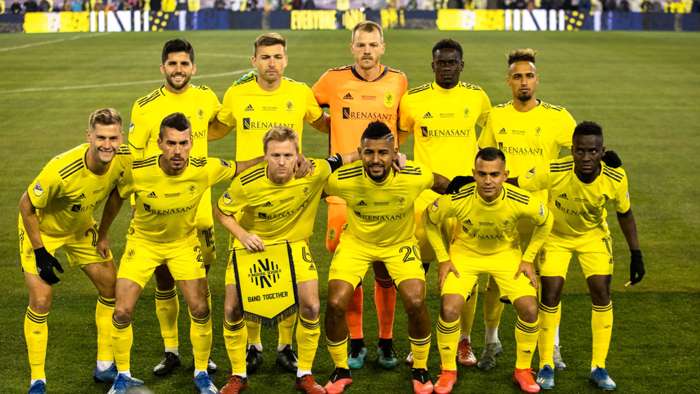 MLS has altered the schedule of the league's tournament in Orlando, postponing a match on the opening day of the competition after several Nashville SC players tested positive for the coronavirus.

The news comes just one day after FC Dallas was forced to pull out of the MLS is Back tournament altogether, with 10 players and one coach testing positive for Covid-19 after arriving at the league's campus in Orlando.

Now, a series of positive tests for Nashville have altered plans even further, with five players testing positive ahead of Wednesday's tournament opener.

Nashville had originally been scheduled to kickstartthe tournament against the Chicago Fire on Wednesday, with Orlando City's clash with Inter Miami also taking place on the tournament's opening day.

However, following thepositive tests, that match has been postponed with the league not yet confirming a makeup date.

The league confirmed that it will continue to monitor Nashville's status in the tournament should additional test results come back positive.

In addition, Toronto FC will see their schedule altered as a result of the club's late arrival in Orlando, with the Canadian side departing later than intended while waiting on results from a series of Covid-19 tests.

Toronto FC's clash with D.C.United, which was originally scheduled for July 10, will now take place July 12 while the Seattle Sounders' match against the San Jose Earthquakes will now be played at 9 p.m. on July 10 as a result of the shift.

With TFC's arrival, all 26 teams have now moved to Orlando for the tournament and have been tested at the league's hotels.

In the wake of FC Dallas' withdrawal, MLS commissioner Don Garber reiterated that he expects the tournament to go on as planned.

"We have 550 players that have already been tested and 13 of them have tested positive,”Garber told ESPN. “Right now it’s an extremely low percentage. The players that are there in Orlando are safe, they’re comfortable, they’re training, they’re eating, they’re recreating. They’re doing the things in accordance with our protocols – they’re wearing masks, they’re socially distancing. They’re managing their lives in a bubble.

“Now if that bubble is suspect and something should happen, then we’re going to have to address that. Right now, we’re in a pretty good spot although Dallas will not be participating in the tournament. We’ll have to replace those regular season games they’re going to miss and continue to monitor the rest of the arrivals very closely. Thirteen of 550 player tests is relatively low. But in the days leading up to Wednesday’s opener on ESPN, we’re going to have to keep a close eye on it.”