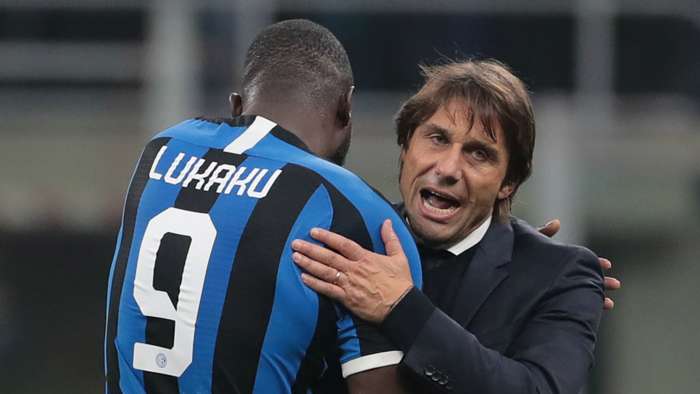 Antonio Conte told Romelu Lukaku he must improve despite the Inter striker's fine form in his first season in Serie A.

The Belgium international netted twice in Inter's 3-0 win at Genoa on Saturday, prompting praise from Conte, who marvelled at a brilliant second strike in stoppage time.

But the Nerazzurri head coach also suggested Lukaku could improve and hammered this message home ahead of Tuesday's clash with Napoli.

"He is a footballer who has room for improvement," Conte told Inter TV. "In some game situations, he can and must improve.

"As I said after the Genoa match, we are talking about an atypical footballer. Despite his size and his strength, he is also fast, with the ability to score goals like the one against Genoa in the 93rd minute.

"It's up to him and his desire to improve. The important thing is that each of us is hungry to raise the bar and try to grow more and more."

Inter are preparing to play Napoli for the fourth time this season, having faced the Partenopei in a two-legged Coppa Italia semi-final.

Conte is aware of the threat his side's next opponents possess after crashing out of that competition 2-1 on aggregate, yet he believes their performance in the second leg - a 1-1 draw - ranks among their best of the campaign.

Asked how he enjoyed the 3-1 away league win in Naples, the coach said: "It was a good game on our part, but in some ways I think that, of the three games, perhaps the most beautiful was the return leg in the Coppa Italia, where we would deserved more.

"But we are talking about a strong team, able to frustate those who have won the Scudetto in recent years. They have a very good squad and they were impressive in winning the Coppa."