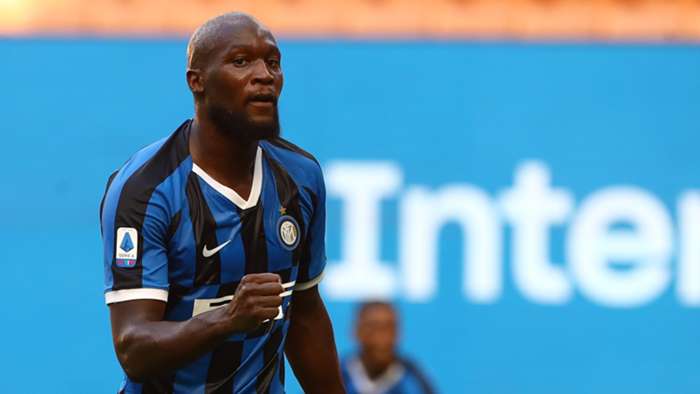 Romelu Lukaku equalled an Inter record for away goalswith his double in a 3-0 win at Genoa on Saturday.

After Alexis Sanchez doubled the visitors' lead late in the second half, Lukaku charged into the box to meet a pass from Marcelo Brozovic and fire into the net.

Lukaku has now scored 15 away goals in the Italian top flight and isthe first Inter player to reach that tally in 70 years, equalling the record set by Stefano Nyers.

The former Manchester United and Chelsea striker has been in fine form since the campaign resumed following a three-month suspension due to the Covid-19 pandemic.

With six goals from the nine league games played since mid-June, he has taken his tally to 23 in Serie A and 29 in 44 appearances in all competitions.

Saturday's victory extends Inter's unbeaten run in the Italian top flight to six games and moves them up to second in the table with two matches left to play.

Antonio Conte's team are now four points behind leaders Juventus, who could secure their ninth consecutive league title on Sunday if they beat Sampdoria in Turin.

Lukaku is happy with his performances since his summer move, but admits his side have slipped up on too many occasions this term.

“On a personal level, I am happy, but I also say that as a team we can do so much more,” he said to Sky Sport Italia.

“We have a good squad, it’s not easy for us to be in second place, because we want to win and go as high as possible. I want to help Inter achieve that.

“We dropped too many points along the way, but we are young and eager to improve. Now we want to do well in these final rounds and then the Europa League.”