Luiz ‘a big, big loss’ for Arsenal as absence confirmed for season opener against Fulham

Luiz ‘a big, big loss’ for Arsenal as absence confirmed for season opener against Fulham 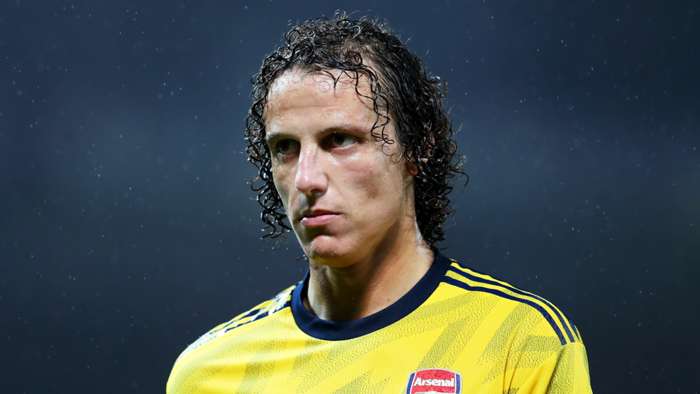 Arsenal have confirmed that David Luiz will miss their Premier League opener against Fulham on Saturday, with Nigel Winterburn considering the Brazilian to be a “big, big loss”.

The Gunners have revealed that a neck spasm is keeping the experienced centre-half stuck on the sidelines.

A fitness update on the club’s official website - which also rules out Sokratis against the Cottagers - states that Luiz is “currently being assessed and undergoing treatment with good response”.

He will, however, play no part in a derby date with Fulham, meaning that Mikel Arteta must find suitable cover in his back line for a first competitive outing in 2020-21.

Former Arsenal full-back Winterburn fears Luiz’s absence could hit hard, telling Metro: “I haven’t seen any of the new players in action, I don’t know whether they’re ready, whether Mikel Arteta thinks they’re going to be ready to come straight in.

“Luiz would’ve been a certainty because in the three I think he’s ideal as the middle centre-half because you want him, as I call it, to be the freedom player who is comfortable on the ball.

“Yes, he makes the odd mistake but also, I think as well he’s proven that when he’s given that type of role, his distribution is very good, he can play out from the back, I think the back three suits him down to the ground.

“So, I actually think that’s potentially going to be a big, big loss for the start of the season.”

Arsenal do have plenty of options to step in, including promising teenager William Saliba and new recruit Gabriel Magalhaes.

They are both Premier League rookies, though, and Winterburn is wary of asking too much of them so early in their respective Gunners careers,especially as they could be about to come up against the physical presence and keen eye for goal of Aleksandar Mitrovic

The ex-England international added: “He Mitrovic is quite robust isn’t he, he’s got good attributes as well.

“If Gabriel or Saliba make their debut, I think Scott Parker is going to tell them, ‘These guys are new, they don’t know what the Premier League is like, don’t make it easy for them’.

“Saying that, you’ve got to learn very, very quickly, the Premier League is ruthless.

“If you’re fearful of it and you’re worried about coming up against some of the best players in the world then you’re not in the right league.

“It’s certainly going to test you, not only your attributes as a player but mentally as well.