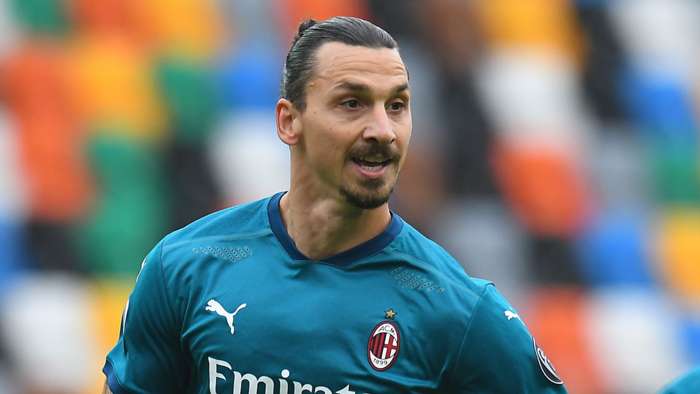 Zlatan Ibrahimovic has hinted at a possible return to international football with Sweden in a cryptic tweet to his followers on Monday.

The 39-year-old led the line for Sweden at the 2006 World Cup and also appeared in four European Championships, but never made it beyond the quarter-finals of the competition.

Janne Andersson led the squad to the 2018 World Cup quarter-finals in Ibrahimovic's absence, and has since overseena successful Euro 2020 qualifying campaign, but the tournament has been pushed back a year due to the coronavirus pandemic.

Sweden will be busy until then with a series of friendlies and UEFA NationsLeague commitments, and Ibrahimovic has seemingly opened the door to a return to the squad with a mysterious message on social media at the start of the week.

The AC Milan striker has posted an image of himself wearing his country's No.10 shirt on Twitter, with the caption: "Long time no see."

Supporters will hope that Ibrahimovic intends to make himself available for selection ahead of the latest round of international matches, with Sweden scheduled to take on Denmark in a friendly clash on November 11 before a NationsLeague double-header against Croatia and France.

The veteran forward's last goals for the Yellow and Blues came in a 2-2Euro 2016 qualifying play-off draw against Denmark, with his brace sending the team through to the finals 4-3 on aggregate.

Ibrahimovic's chances of making his way back into the Sweden squad will be boosted byhis impressive exploits in front of goal for Milan at the start of the new season.

He has hit seven goals in his last four Serie A outings, with his latest effort helping the Rossoneri beat Udinese 2-1 to extend their lead at the top of the table to two points.