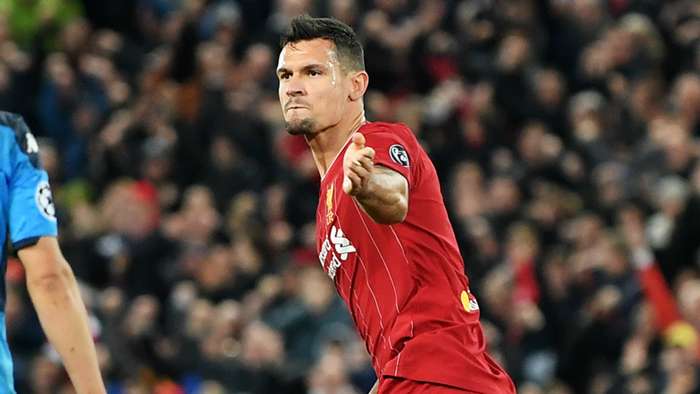 Liverpool will trigger an extension to Dejan Lovren’s contract, but are still likely to sell the Croatian this summer.

Reports in Russia had suggested that Zenit would look to use the fact Lovren had just one year to run on his current Reds contract to secure a cut-price deal, with one even claiming Liverpool may allow him to leave on a free transfer.

That is not the case, with the Reds keen to secure a fee for a player who has made 185 appearances for the club since joining from Southampton in 2014.

And it has now emerged that Liverpool have taken up an option to extend Lovren’s contract by a year in any case, meaning he is tied to the club until the summer of 2022.

Lovren has made just 33 appearances across the last two seasons for Liverpool, falling behind Joe Gomez and Joel Matip in the race to partner Virgil van Dijk at the heart of Jurgen Klopp’s defence.

He last started a game for the Reds in February, when they lost 3-0 at Watford to suffer their first league defeat of the campaign, but is available again after a minor injury kept him out for three games following a substitute appearance at Everton last month. He was unused as Klopp’s side drew with Burnley on Saturday.

Roma are another club to have been linked, having tried to sign him on loan last year, while there have also been enquiries from at least two Premier League clubs during the last six months.

Speaking toSky Sportsin June, Lovren admitted he has struggled to accept being fourth choice under Klopp.

"It has been a test for me," he said. “But in these moments, I think you should stick with the team even more, to show your quality even if you are not on the pitch with the first XI. The next day in training, you should give everything, just to respect your team-mates.

"Of course, it's not the happiest moment when I see myself on the bench, but it's the decision of the manager. I respect it and I am always the guy who will work 200 per cent behind closed doors.

"It's just part of football. If 20 players could play, it would be nice, but there are only 11 places. Whoever is in the best shape will play and that's fair enough.”