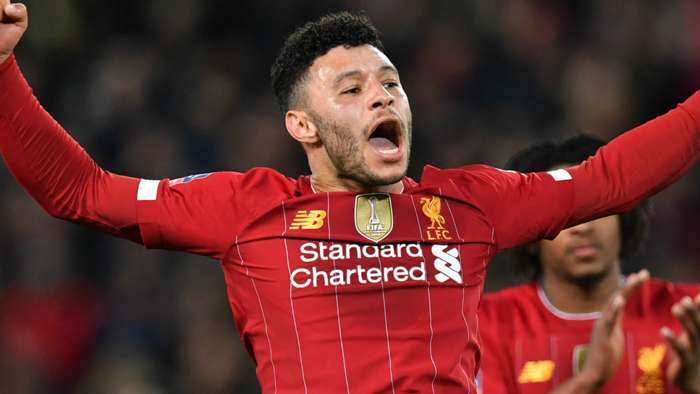 Jurgen Klopp's men bounced back strongly after being pipped to the finishing post by Manchester City in agonising fashion the season before, winning 27 of their opening 29 fixtures before the coronavirus stopped play in March.

Club captain Jordan Henderson hadthe honour of hoisting the trophy into the air following a thrilling 5-3 win over Chelsea last Wednesday, and the Reds wrapped up their campaign with a 3-1 victory at Newcastle four days later.

Liverpool currently hold the Premier League, Champions League, UEFA Super Cup and FIFA Club World Cup titles, and it has been suggested that their hunger for silverware will be diminished after two years of unprecedented success.

However, Oxlade-Chamberlain insists that the players are fully focused on maintaining their current status as the dominant side in English footballover a prolonged period.

“It will be one season you would always remember because of how strange it is and having that big break, and obviously what we’ve managed to achieve for the first time in 30 years,” the Reds midfielder told the club's official website.

“That makes it really special for everyone involved with the club so we will definitely always remember it. It will probably always be talked about as ‘the strange season’ and at the same time the season that we managed to win the league.

“But I don’t think I really think about that too much now. I think we’ve all had a talk and spoke about it, that this is amazing and we need to take this moment in and realise what we’ve achieved, but at the same time we’ve still got time left so why can’t we do this again and win more and more? Then in 20 years hopefully we’ll have a few seasons to talk about. So I think that’s what we are more focused on doing now.

“So I don’t know what I’ll think about it, what people think about this season in the future. The only thing in my head and the rest of the boys’ heads is 'what can we do next season?'

“That’s the only thing we can think about now and if we have that mindset every year, we give ourselves more hope and more chance of having more nice conversations in 20 years’ time about multiple seasons and hopefully multiple trophies.

“That’s what we’ve got to focus on. That would make everyone happy involved with this club - and that’s what we look forward to trying to do.”