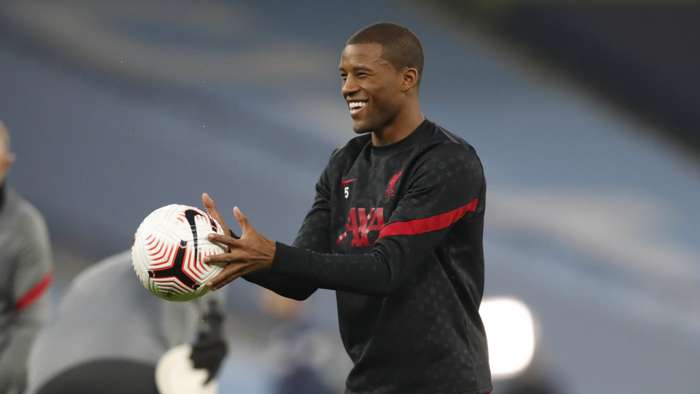 Liverpool will find it hard to replace Georginio Wijnaldum and should look to keep the Barcelona target, according to former Reds full-back Glen Johnson.

Barcelona were keen to sign the 29-year-old during the summer transfer window and Ronald Koeman could make a renewed attempt to bring his compatriot to Camp Nou in January.

However, Johnson believes that Liverpool need to retain Wijnaldum’s services due to the qualities he adds to Jurgen Klopp’s squad.

“And I think he’s a fantastic squad player and, obviously, the experience he’s gained in the last few years is hard to replace.”

One player yet to make a sustained impact in Klopp’s team is Naby Keita, who moved to Anfield from RB Leipzig in the summer of 2018.

Johnson added: “He’s probably not hit the ground running as people would have liked and obviously it’s a hard team to break into. Everyone thought he’d do better early on, but I still think he’s a fantastic player.

“I guess for him, when he next gets his opportunity, he needs to take it. No player really likes being a squad player, everyone likes to play.”

Another player yet to make an impact for the Premier League champions is Thiago Alcantara, who has been hampered by injury since his arrival from Bayern Munich.

However, Johnson is confident that the Spain midfielder will be able to increase the goal productivity within the Liverpool ranks once he is back on the pitch.

“Last season their three front men were carrying the side in terms of goals, but you can’t rely on that consistently all throughout the year,” said Johnson.

“For a player like Thiago, or even someone in the past like Coutinho, a player who can score and create from midfield gives another threat for the other team to neutralise.