‘Liverpool have to strengthen, Klopp knows that’ – Fowler expects champions to spend

‘Liverpool have to strengthen, Klopp knows that’ – Fowler expects champions to spend 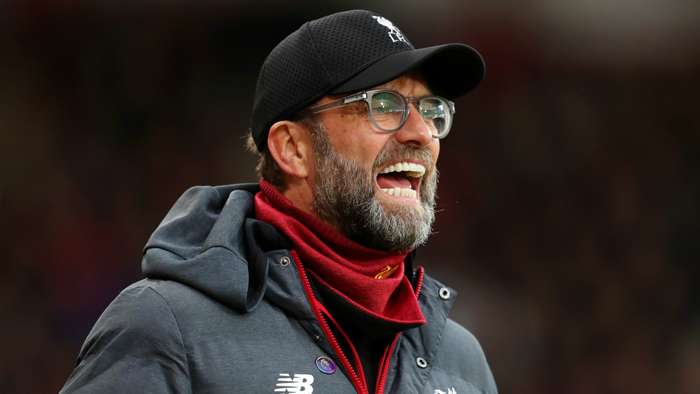 Liverpool will be aware of the need to further bolster their ranks in the next transfer window, says Robbie Fowler, with the Reds legend saying he would be “amazed” if Jurgen Klopp does not spend.

Those at Anfield have suggested that a quiet window is on the cards after wrapping up a Premier League title triumph.

Klopp has guided his side to the top of domestic, continental and global games, with there seemingly little room for improvement within his squad.

The general consensus is that Liverpool will find it difficult to bring in any ready-made starters.

There have, however, been plenty of calls for greater depth to be added to the Reds’ ranks, with Klopp considered to be in need of attacking alternatives to Sadio Mane, Mohamed Salah and Roberto Firmino.

He has stopped short of joining any early bidding wars, such as that which saw Chelsea land Timo Werner, but Fowler believes the German will be tempted into the market at some stage.

The Liverpool icon told Premier League Productions after seeing the newly-crowned kings of England humbled 4-0 by Manchester City in their first outing since securing the title: "Listen, he Klopp knows what his players are.

"I would be amazed if he isn't looking at the transfer window anyway.

"We know as players ourselves that if you've got aspirations of winning leagues, you've got to go and sign players.

"Just because you've won the Premier League, that doesn't mean you're happy with the squad. You've always got to grow.

"When you think of Man City, they're going to lose David Silva, Sergio Aguero could be coming towards the twilight of his career, they've lost Leroy Sane, Benjamin Mendy isn't reliable because of his injuries, they're going to go out and sign players.

"Any time you want to stay at the top, you've got to bring players in.

"The teams behind you are going to bring players in, so if you're not signing players, you're not standing still - you're going backwards."

Despite claims from those on Merseyside that a close eye will be kept on the purse strings this summer, Liverpool have still been linked with big-money moves for the likes of Borussia Dortmund winger Jadon Sancho, Napoli defender Kalidou Koulibaly and Bayern Munich midfielder Thiago Alcantara.