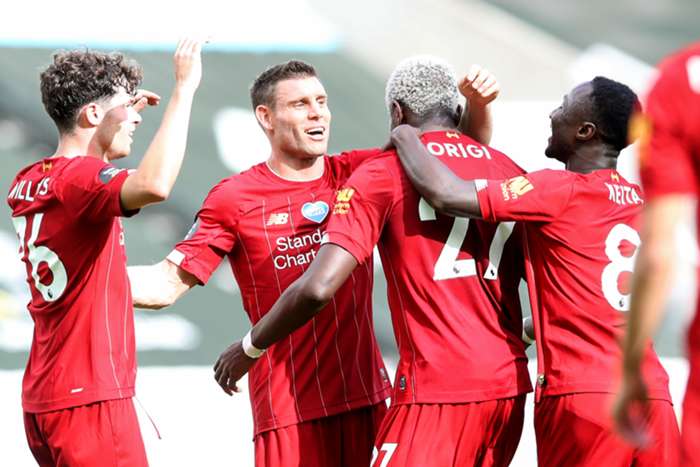 Liverpool have matched Manchester City for most wins in a single Premier League season after signing off on 2019-20 with victory over Newcastle United.

It was also the club's first league crown since 1990, ending a barren run of three decades without finishing on top domestically.

By winning with seven games to spareJurgen Klopp's men set a new record, one of many over the course of a dominant campaign that was interrupted for almost three months by the coronavirus pandemic.

Sunday saw the Reds visit St. James' Park for their final league outing, and despite an early scare they had few problems in seeing off Newcastle's challenge.

Virgil van Dijk struck towards the end of the first half to cancel out Dwight Gayle's opener after just 25 seconds, while Divock Origi and Sadio Mane were on target after the break to seal a 3-1 win for the visitors.

It was Liverpool's 32nd win of the Premier League, a number just one team in history has reached before.

City, however, remain in sole possession of the overall record for points in a single season, having picked up 100 in 2017-18.

Liverpool finished just one shy of that milestone on 99 after taking their foot off the accelerator once the title was secured - they dropped 10 points in their last nine games with the title destined for Anfield, more than in the 29 matches beforehand - but nevertheless beat the club record set in 1978-9 of 98 (adjusted for three points for a win) under legendary manager Bob Paisley.

Sunday's victory was also the club's 14th away from home over the course of 2019-20, another record in Premier League history.