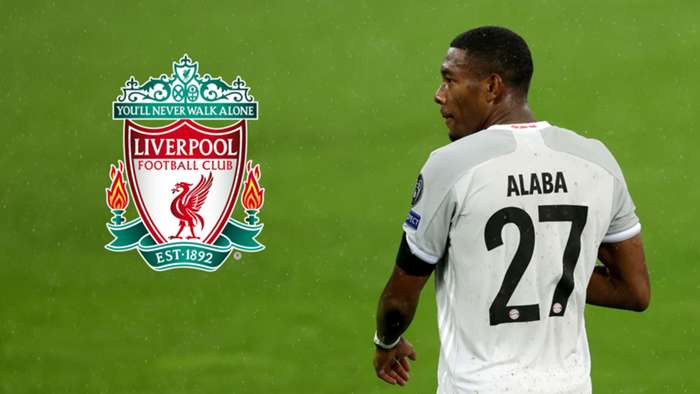 Liverpool have no need to dip into the January market for another centre-half, claims Jason McAteer, with the likes of David Alaba set to require “a lot of money” in order to get a deal done.

With Virgil van Dijk facing up to a lengthy spell on the sidelines with knee ligament damage, Jurgen Klopp has some big recruitment decisions to make.

It has been suggested that he will look to add over the winter,with another proven performer sought at the heart of his back four.

Various targets have been mooted, from Dayot Upamecano to Kalidou Koulibaly, whileBen White and James Tarkowski have also been mentioned.

Bayern Munich star Alaba is another that the Reds are said to have in their sights,with the versatile Austrian seeing contract extension talks break down in Germany.

His price tag will be dropping as he edges towards free agency in 2021, but McAteer is not convinced that the reigning Premier League champions need to be investing at all in the next window.

The former Reds midfielder has told FreeSuperTips:“When Virgil van Dijk got injured everyone started to panic, saying that Liverpool need to bring a top-quality centre half.

“Jurgen remained calm and knew that if they brought in a world-class defender, the like of Alaba, you are going to have to pay a lot of money, certainly in this inflated market.

“When everyone is fit, if you have got four top centre-halves - Alaba, Joe Gomez, Van Dijk and Joel Matip and then Fabinho as cover - when Klopp picks histeam,he can only pick two from five, one goes on the bench that’s three, he’s got two that he has to leave out.

“Liverpool don’t want to be paying a lot of money on wages to keep unhappy players that can’t make the squad, it has to be the right balance.

“Liverpool have enough players of real quality that can slot into the defence, even with Virgil van Dijk out, so they don’t currently need another top centre-back to come in.”