Liverpool couldn't have expected Salah, Mane and Firmino to be this good, admits Klopp

Liverpool couldn't have expected Salah, Mane and Firmino to be this good, admits Klopp 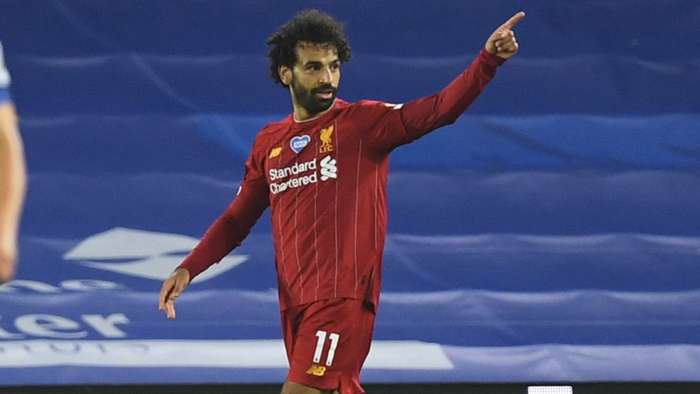 Jurgen Klopp saluted Mohamed Salah ahead ofa Liverpool milestone, but acknowledged he did not expect the Egyptian and his fellow forwards to be as effective as they have become.

The Egypt star has helped turned Liverpool into European and domestic champions, his understanding with Roberto Firmino and Sadio Mane in attack making them a deadly trio that has scored 250 times under Klopp.

Speaking ahead of Wednesday's trip to Arsenal, in which Salah is expected to make his 150th appearance, Klopp said: "First and foremost, that means he played 50 games a year, each season, 50 games, and still counting. Unbelievable.That's a big number.

"Obviously he was lucky and we were lucky that he could play all these games, because he was not injured, which is good.

"I was very positive in the moment when it was clear that we signed him. I remember our talk, when we first met face to face, when we spoke.

"'What's your favourite position?' 'It would be right wing, but Sadio Mane is playing there and he played a pretty good season.' 'Yes, he does, but he can play the other wing as well.'

"That was pretty much the start. The idea was clear how we want to play with the boys up front, but it worked out in a manner which we couldn't have expected. They scored now 250 goals since they joined the club, that's an incredible number.

"It was a good day for Liverpool when Salah signed and a very good day as well for Mo because it fits really well and that's very important in life. You cannot change the world alone, but together, with the right people around you, you have a better chance to do it."

Salah's future seems certain to lie at Anfield, andDejan Lovren appears likely to stay put for the time being as well. The 31-year-old has been a fringe player this season,but Klopp insists he still appreciates what the Croatian offers.

Although the German would not comment specifically on reports the Reds are to trigger a one-year extension option to keep Lovren until 2022, it seems a departure is unlikely.

"Dejan played outstanding games for us, is a very important part of the squad, absolutely no problem," Klopp said.

"It's always like this – we have four centre-halves and we play usually with two of them, but we needed all four always, so a very, very important role. He played the Champions League final for us, played a lot of big games, and was always a very reliable player.

"Dejan was always either in the team or close to the team, or not available. There was nothing else, we never had problems. It's all good, but I've nothing to say about the contract situation because it's nothing to discuss in public. It's just how it is.

"The situation is absolutely clear – Dejan is a player of Liverpool and we need him. In this moment again, with Joel Matip injured we have again only three centre-halves.

"You need the quality we have on the centre-half position to be successful, and that's why there's nothing really to discuss."