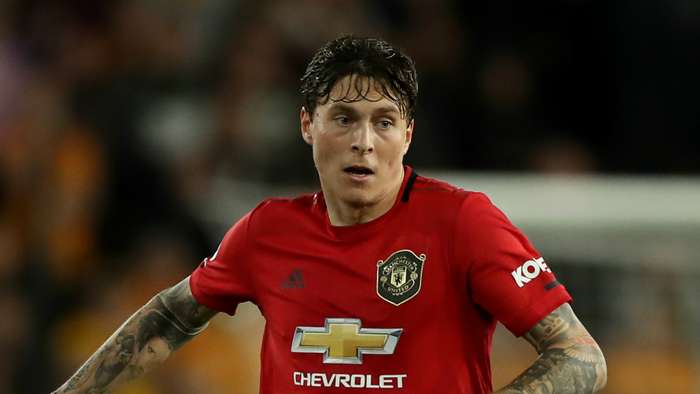 Victor Lindelof was critical of Manchester United’s performance against Copenhagen in the Europa League quarter-final but is confident they havewhat it takes to win the tournament.

And Lindelof knows the Red Devils will have to improve if they are to reach the final of the competition, with Wolves or Sevilla next up for Ole Gunnar Solskjaer's side in the semi-final.

"I think we could have done a lot of things better but when we had the ball they made it difficult for us,"Lindelof said after the game.

"Sometimes they pressed high and when they didn't they dropped deep and defended compact as a unit. It was hard to create chances there but I think we should have scored a few more goals. It is very difficult to say just why United struggled. It happens sometimes in football.

"Of course it's been a long season but we played a quarter-final in a European Cup so I think everyone had to be ready for that. Like I said, it happens sometimes in football that you don't perform at the level you want to. But the important thing is that we won and we're through to the semi-finals."

The victory means Solskjaer’s side have reached the semi-finalof three competitions this season and they will be hoping it'sthird time lucky in reaching a final, having missed out in the FA Cup and Carabao Cup.

And Lindelof is confident they have learned lessons from their previous two semi-final defeats, believing that theyhave the mentality and ability to go all the way and lift the trophy.

"I think we have a lot of confidence in the team right now. We've been performing toa very high level, especially after the league ended," the 26-year-old added.

"We got the third spot and we've been playing some really, really good football. I think everybody has a lot of confidence and we know we can do some great things.

"Obviously even if we play against Sevilla or Wolves, they are two tough teams but we're going to be ready and hopefully we can go out and perform a really, really good game."