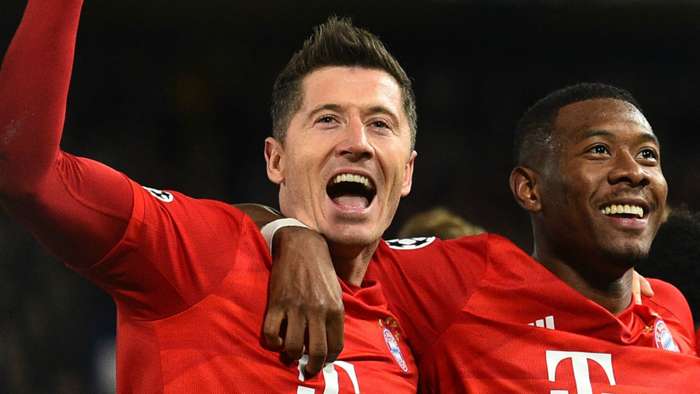 Robert Lewandowski is “the best player in the world right now” and the perfect role model for Paris Saint-Germain forwards Neymar and Kylian Mbappe when it comes to “longevity”, claims former Bayern Munich midfielder Owen Hargreaves.

While disappointed to have been ruled out of the running for that prize, Lewandowski has already helped Bayern to the Bundesliga title this season and could finish the campaign with a Champions League crown to his name.

At 32 years of age, one of the most consistent performers of the modern era has taken his game to never before seen heights, with a personal-best return of 55 goals plundered in 2019-20.

Hargreaves considers Lewandowski to set the standard for all other frontmen, including those he is about to line up against in a European showpiece in Lisbon on Sunday.

The ex-Bayern star told talkSPORT: “He’s ageing like a fine wine. He’s been around forever and it's his best season ever, which seems ridiculous really. Everybody talks about goalscorers and he’s got heaps in his own rights but even in those games against Chelsea, he scored or set up every goal.

“I think his overall game hasn’t got enough credit. As much as Mbappe and Neymar on the pitch on Sunday are the two most talented players in the world, the best player in the world right now is Lewandowski.

“You couldn’t think of a better role model for those guys to model themselves on to say ‘yeah I’m a good player and I’ve got talent but the way to get longevity is to work’.

“The work to his craft to improve his training and his diet and all aspects of his game has created a season where if we had a Ballon d’Or it would be his.”

Hargreaves believes Lewandowski will inspire Bayern to a first Champions League triumph in seven years when they take on PSG, with Hansi Flick’s side having already disposed of Chelsea and Lyon in the knockout stages while also humbling Barcelona 8-2 in the last eight.

“I think it’s impossible to get a 0-0. I heard Thiago Silva say that they want to keep a clean sheet,” Hargraves, who savoured continental glory with Bayern in 2001, added.

“Bayern, even before they went to Lisbon, is the most complete team in the competition in terms of the goalkeeper, defence, and everything.

“They have a blend when you think about the experience in ManuelNeuer, JeromeBoateng, DavidAlaba, ThomasMuller and Lewandowski but then you have these young guys who play like you’ve taken their dinner away, in Alphonso Davies, Joshua Kimmich and Serge Gnabry. The blend is perfect.

“The biggest difference with Bayern is the intensity of their press. They suffocated that Barcelona team. They just looked like they didn’t know what they saw. They couldn’t get out. They physically overran them. You look at Barca and think ‘they’ve got no power in their team’.

“They played a high line, no disrespect to Suarez and Messi, but they couldn’t get beyond them.