'Lewandowski is great, but he's not Messi' - Barca boss Setien ready for showdown with Bayern star

'Lewandowski is great, but he's not Messi' - Barca boss Setien ready for showdown with Bayern star 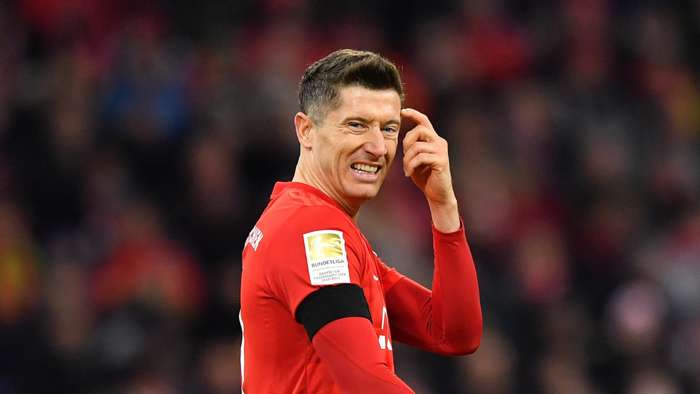 Robert Lewandowski is a great player, according to Barcelona boss Quique Setien – but he’s no Lionel Messi.

The pair are set to go head-to-head when Barca play Bayern Munich in the quarter-finals of the Champions League on Friday.

Lewandowski is this season’s top scorer in the Champions League and is enjoying the most prolific season of his career to date, with a scarcely-believable 53 goals from 44 games in all competitions.

Six-time Ballon d’Or winner Messi has had a predictably stellar campaign of his own on a personal note, with 31 goals and 26 assists in 43 appearances, though Barca missed out on the Spanish title to Real Madrid.

Ahead of Friday’s quarter-final, Setien made clear his admiration for Lewandowski – but he knows his own team is capable of magic.

“Lewandowski is a great footballer, but he is not up to the level of Leo. That's clear,” Setien said in his pre-match press conference.

“Now he is in a great moment. He has 13 goals in the Champions League and is very well assisted by his teammates, but we have already seen Leo the other day against Napoli. It's good that we can enjoy these players.”

Despite Barca’s reliance on Messi, Setien is adamant that if his side are to go through, the full XI needs to perform.

“He can help win the game, but I have always believed in the strength of the team,” he said.

“He is capable of making goals for himself, but without the strength of the team he would score less.

“We are concerned about many things about Bayern because they are a very complete team that press well, that arrive with many players at the top of the pitch, and that defend well.

“But we have the ability to overcome pressure and have the ball, and they know that if we overcome their pressure, we will do them a lot of harm.