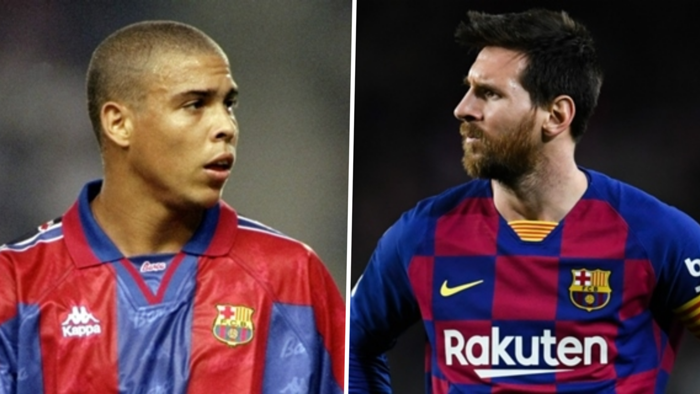 Lionel Messi is "very unlikely" to leave Barcelona before the 2020-21 season, according to Brazilian legend Ronaldo.

According to reports, the majority of the first team – including stalwarts such as, Luis Suarez, Jordi Alba and Sergio Busquets –have been put up for sale in the wake of the 8-2 loss to Bayern, with the exception of Messi.

Koemanhas stressed his desire to work with Messi next season and believes the Argentine attacker has every right to be unhappy based on recent results.

However, the six-time Ballon d'Or winner has supposedly informed Koeman he sees his future away from Camp Nou.

Messi is in the final year of his contract with Barca and talks over a new deal have been shelved, meaning speculation over the legendary striker's future is only likely to intensify.

Few sides could afford to put a transfer in place, though Premier League heavyweightsManchester City have regularly been linked with a sensational move for the 33-year-old, while Inter and Paris Saint-Germain have also been credited with an interest.

However, former Barca striker Ronaldo, who owns La Liga side Real Valladolid, believes the financial impact of the coronavirus pandemic means a potential transfer is unrealistic.

"It is very unlikely that Messi will leave Barcelona, especially with the financial crisis in Europe," he said.

"Messi is the reference of the team and if I was Barcelona I would not let him leave in any case.

"Messi has a very intense relationship with Barcelona, I do not think he will stop being in love with the team. He's upset, of course, with how they were defeated in the Champions League.