Leicester cult hero Okazaki on studying English with 'fantastic' Kante, his astonishment at Vardy & why Chilwell can succeed at Chelsea

Leicester cult hero Okazaki on studying English with 'fantastic' Kante, his astonishment at Vardy & why Chilwell can succeed at Chelsea 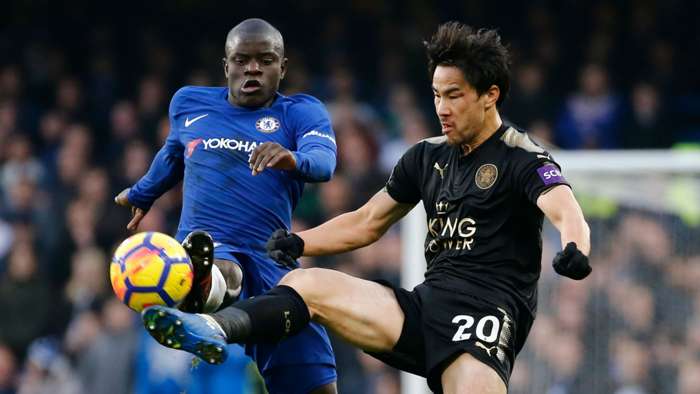 Leicester cult hero Shinji Okazaki has opened up on studying English with his "fantastic" former colleague N'Golo Kante and his astonishment at Jamie Vardy's achievements, while also explaining why Ben Chilwell can succeed at Chelsea.

Few would have predicted that Okazaki would become a part of one of the greatest sides in Premier League history when he moved toLeicester from Mainz in the summer of 2015.

The Foxes had just escaped relegation before the Japan international's arrival, but they stormed to the title under Claudio Ranieri in his first full season at the King Power Stadium.

Kante, Vardy and Riyad Mahrez all became stars overnight, while the likes ofOkazaki, Marc Albrighton and Danny Drinkwater earned a permanent place in the club's hall of fame.

Unfortunately, Leicester were unable to hold on to most of those key figures, and the squad broke up following Ranieri's sacking in 2017.

Okazaki moved onto pastures new last summer with Malaga, however, his contract was terminated after just 30 days due to a registration issue which centred around the club's inability to match his wages.

The 34-year-old was swiftly snapped up by Huesca on free transfer, and he is now winding his career down in La Liga, but still fondly remembers his time in the Premier League.

Okazaki says one of the players he enjoyed playing alongside the most was Kante, who left Leicester to join Chelsea straight after their top-flight triumph, due to his ability on the pitch and his disarming personality off it.

"Kantejoined Leicester in summer 2015 from Caen. He wasn’t that well known then, but I remember I thought ‘he is a fantastic player’ as soon as he started," the Japanese forward told Goal.

"We studied English together too. He has wonderful nature as well. He’s been playing matches, gaining experience and constantly evolving. Fantastic."

"He's aman who the team can really count on. Having him puts pressure on the opponent’s defenders," he said."Adangerous player for the full 90 minutes to the opponent.

"His runs into space and responses to loose balls are great too. Even when his teammates wonder if Vardy’s condition is not good, he suddenly scores a wonderful goal!

"Vardy is a player who has proved himself in the result. In my days at Leicester, he was also my rivalfor our position, but he’s produced results that can only be admired.

"It was like, ‘I cannot complain if you play like that!’. When playing together with him, looking at that very speedy Vardy from behind, there were many times he made me surprised like ‘Damn, he’s done it! How could he do that?’"

One man who gradually emerged as a first-team star at Leicester while Okazaki was at the club was Chilwell, who recently earned a big-money move to Chelsea.

The Huesca star is confident that the England international will make a strong impact at Stamford Bridge, having seen him develop his all-round game at an impressive rate in recent years.

Okazaki added on Chilwell's rise to prominence: "He is a player who became a regular at Leicester, was then called by the England national team, and has grown rapidly since then. My impression of him is that he is a great attacker on the left side.