WATCH: 'We know the problem - now there should be action' - Ground-breaking football coalition launch Anti-Racist Project 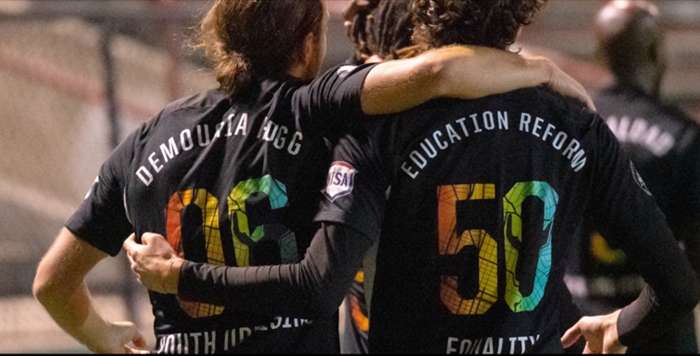 A ground-breaking coalition of USA’s top football stars and clubs have come together with Common Goal to launch a new project to tackle racism in football.

“We have made some progress but not enough. Racism takes many forms,” says Sanneh. “We know what the problem is - now is the time to go and fix it.”

USMNT and Manchester City goalkeeper Zack Steffen is one the first players to pledge his individual support to the project.

“There’s been so much talk over the last months about racism in soccer and beyond, and enough is enough. It’s time to take action,” said Steffen.

The coalition is now calling on fans, players, teams and leagues to join the collective effort against racism.

Common Goal is a collective social impact movement that sees those in the gamedonate a minimum of 1% of their earnings to support high-impact initiatives.