Larouci set for Liverpool exit amid interest from Leeds & Brentford

Larouci set for Liverpool exit amid interest from Leeds & Brentford 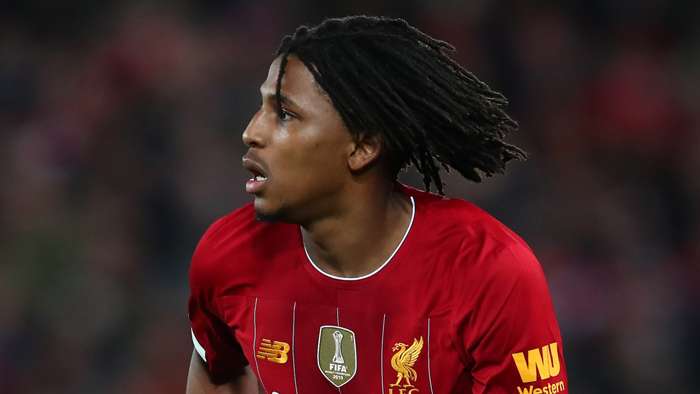 Yasser Larouci is set to leave Liverpool this summer, with Leeds Unitedand Brentford among the clubs interested in signing the young full-back.

But following lengthy discussions between club and player, it has been decided that Larouci will need to move on in order to secure regular first-team football.

Goalhas learnedthat Liverpool have already held preliminary discussions with a host of clubs, with Championship promotion-chasers Leeds and Brentford currently at the head of the queue to sign the Algerian-born France youth international.

Larouci joined the Reds from Le Havre in 2017, but has now entered the final year of his contract and Liverpool have accepted that a transfer is in everyone’s best interests.

The situation is similar to that of Rafa Camacho, who left Anfield last summer after rejectingthe Reds’ offer of a new deal.

Concerned about a lack of playing time on Merseyside, he instead joined Sporting CPfor an initial fee of £5 million and hassince made 17 senior appearances for the Portuguese giants.

Liverpool accept Larouci’s stance, and are now committed to finding a suitable buyer. They will expect to secure a competitive transfer fee, and are likely to include buy-back and sell-on clauses in any deal, as well as other performance-related add-ons.

Having been an unused substitute in the Carabao Cup against Arsenal last October, Larouci’s senior bow came in the FA Cup against Everton in January. He replaced James Milner early on at Anfield that day, playing his part in a memorable 1-0 win.

He then started at Shrewsbury in a 2-2 draw in the same competition later that month, but was ruled out of the replay due to injury.

His departure will further diminish Klopp’s options at left-back, which already look thin. James Milner has deputised for Andy Robertson, while Neco Williams filled in there against Brighton recently despite being a right-back by trade.

Adam Lewis signed a new deal earlier this month, but the 20-year-old is likely to go out on loan next season in order to gain senior experience.

Liverpool, in an ideal world, would have looked to add cover in that position this summer, but it remains to be seen whether they are still willing to enter the market amid the financial issues associated with theCovid-19 pandemic.