Laporta 'scared' Messi could leave Barcelona due to club's board

Laporta 'scared' Messi could leave Barcelona due to club's board 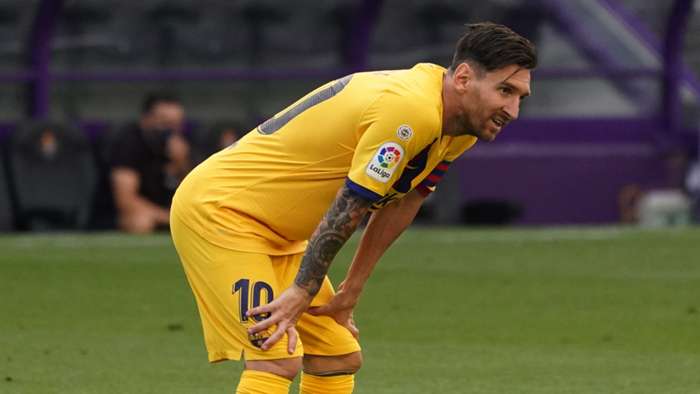 Former Barcelona presidentJoan Laporta has admitted he's "scared" Lionel Messi might not extend his stay with the club due to their current board situation.

While Bartomeu recently stressed his confidence that the Argentine will re-sign and likely see out his career at Barcelona, Laporta isn't so certain.

Though hopeful Messi will remain at the club, Laporta noted Barca's current board members could force their starinto a corner.

"I want him to stay in 2021 but I am scared that a bad decision of this board can drive to an irreversible decision," Laporta said of Messi atan event at Sant Joan de Deu hospital on Wednesday.

"It's not BarcaGate, it's BartoGate, I am worried about how the property of the club is being put at risk."

Laporta, who is considering running for Barcelona president again, has also warned Xavi against returning to managethe club in its current state.

Bartomeu has declared Xavi will manage the Catalans "sooner or later" but the man himself has resisted initial calls to return until he's given more power to influence matters at the club.

"If I was Xavi, I would never be back with this board," Laportasaid.

"Every day I have more desire totakepart in the election. Someconcrete conditions areneeded for me to feel comfortable to run right nowrather than resist for a few more years."

Speaking in May, Laporta expressed a clear desire to get Barcelona back on track, noting he'd love for Pep Guardiola to return and managethe club.

"I'm working to introduce myself as a presidentialcandidate," Laporta toldTV3. "I've been president before and I'm excited to be back. The situation in 2021 will be dramatic and we'll have to reverse it. I'm working with people I trust.

“I would very much like Guardiola to come back, but now he is at City and it is a decision that Pep should take. He is a benchmark for Barcelona and many Catalans would like him to train Barca again.

“At the right time, I will speak to the person we think should be Barca coach from 2021.”