Lampard's got wins over Klopp & Pep but can Chelsea challenge Liverpool & City for next season's title? 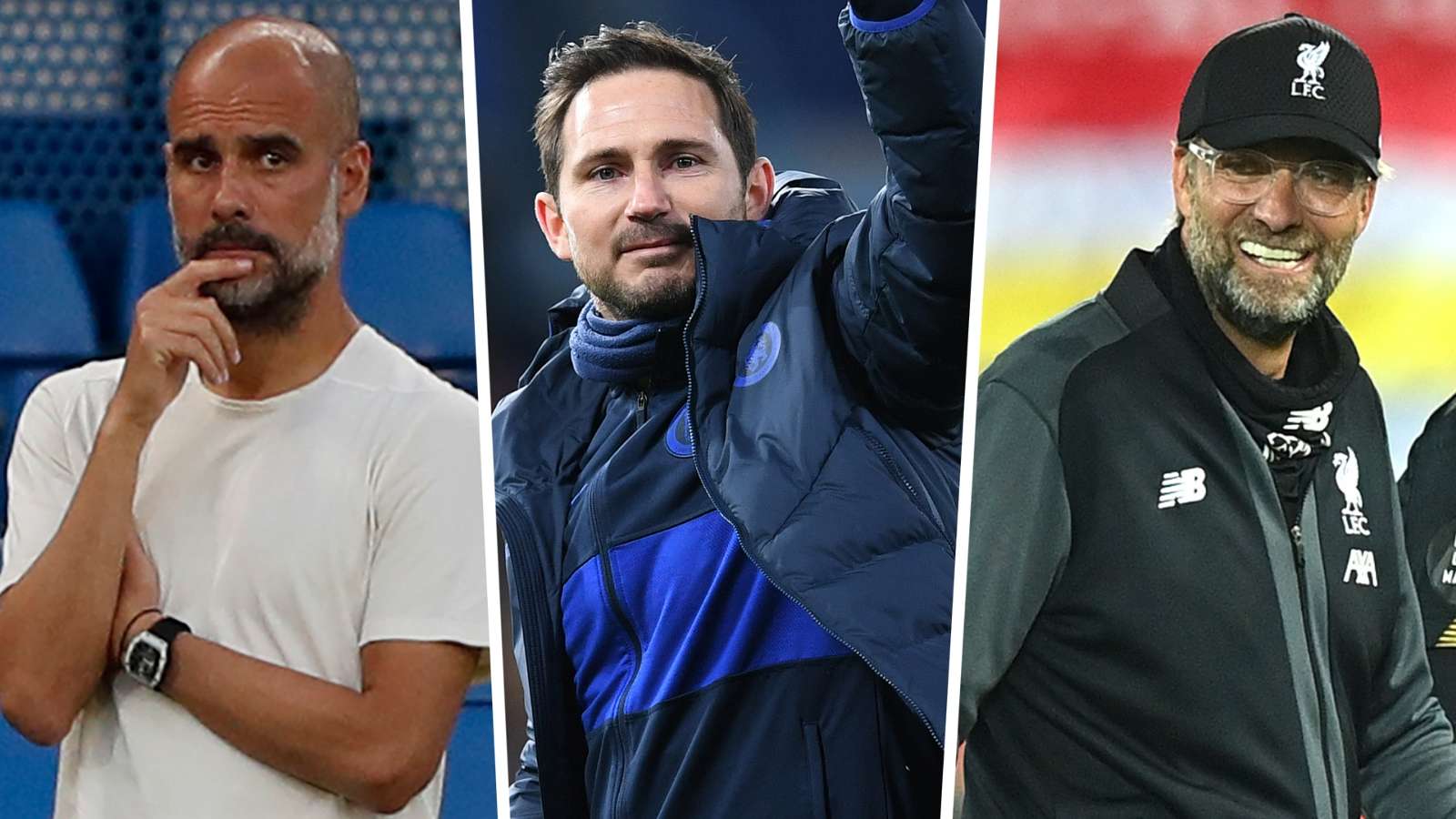 This wasn't your usual post-match press conference. At Stamford Bridge on Thursday night, the story wasn't so much that Chelsea had won the game – but that Manchester City had lost their Premier League title to Liverpool.

When a journalist turned attention back to the Blues, manager Frank Lampard joked: "It's nice to get a Chelsea question!"

In the grand scheme of things, Chelsea's 2-1 victory was a far more significant result for Liverpool, as underlined by the celebrations it sparked around Anfield.

By contrast, the atmosphere at the empty Stamford Bridge was silent and sterile. However, this was an important win for the hosts.

Firstly, it edged Chelsea ever closer to qualification for next season's Champions League, with Lampard's fourth-placed side now just one point behind Leicester City in third. Crucially, the victory also restored the five-point gap to Manchester United and Wolves, in fifth and sixth, respectively.

However, it also represented a significant achievement for Frank Lampard.

The former England midfielder may have a legendary career behind him as a player but he is still very much a coaching novice. The pressure is very much on him to prove that he can consistently get good results against the best teams and the best managers.

Chelsea had their struggles against City but Lampard and his coaching staff twice made excellent use of the water breaks to change the flow of the game.

"Of course, they are going to have a lot possession and sometimes they play without an out-and-out striker with a lot of men in midfield, so getting to grips with that was tough for us.

"Going into the game, we had a plan in terms of what we wanted to do off the ball and while we had some issues at times, the players did brilliantly in terms of their discipline and in maintaining it for the whole game.

"We were dangerous and we created the better chances, so I am delighted for the boys."

He should be proud of himself too. Chelsea's tactics were based on using crossfield passes to break City's press, while they also had joy when the ball was played into Olivier Giroud, who managed to bring midfield runners like Mason Mount and Ross Barkley into play.

Of course, Lampard was, in general, merely trying to emulate what others have done against Man City, which is hit them on the break.

Chelsea did that fantastically, primarily through Christian Pulisic, who was the most dangerous attacker on the pitch and brilliantly opened the scoring after pouncing on a mix-up involving Benjamin Mendy and Ilkay Gundogan on the halfway line.

At that point, Chelsea were creating the better chances; their half-time lead was fully deserved. But Guardiola turned the game by making good use of City's enviable strength in depth,introducing Gabriel Jesus and David Silva.

Consequently, the home side found themselves under pressure again, particularly after Kevin De Bruyne levelled matters with a wonderful free-kick.

However, through dogged determination, and that discipline that Lampard remarked upon, Chelsea stuck to their game plan and got their just reward.

Pulisic had already seen one shot cleared off the line by Kyle Walker, when Fernandinho used his hand to do likewise moments later.

The latter was dismissed and Willian, who had instigated the break that led to the red card, confidently converted the resulting penalty to kill off City's hopes of winning the game – and end their title reign there and then.

Consequently, much of the post-match attention was focused on the flaws of Guardiola's side, particular in defence. The excellent work done by Lampard and his players should not go unnoticed, though.

It would, of course, be a stretch to say that Lampard outwitted Guardiola but he influenced the game with his tactical tweaks and also exploited City's vulnerability to rapid counterattacks.

Even Pep was impressed and the former Barcelona boss intimated that he sees Chelsea as title challengers next season.

"It was tight in both games against Chelsea this season," Guardiola said afterwards. "When we won 2-1 at home, they were more aggressive up front and here, they were more patient and waited for their counterattacks.

"They have incredible players in the middle and players who can run. So, yes, they did well and congratulations to Chelsea for the victory.

"Chelsea is a classic team in the Premier League and European football. On their bench is Jorginho, (Mateo) Kovacic, Pedro and (Kurt) Zouma.

"So, they have incredible guys in their squad, too, and then they have extra talent with Timo Werner and Hakim Ziyech coming in this summer.

Lampard is well aware that Chelsea have to improve themselves. He won't be satisfied with just bringing in RB Leipzig striker Werner and Ajax playmaker Ziyech.

He knows just how much the bar has been raised by City and Livepool over the past few seasons.

"There is a clear gap and it won't close overnight with one or two signings," Lampard said after the win over City. "There's a lot of work that needs to be done. Liverpool and City have been works in progress for a few years now and they are getting a lot of success.

"So, I'm not getting carried away. We can get better. We can be better on the ball. We can have more possession. It's one of the only games in which we didn't have the lion's share of possession but we have to accept that for now and be happy with the result."

Indeed, this may not have been a title-clinching win for Chelsea; but it at least suggested that Lampard's sign can compete for one next season.

This season, he has had to cope with a transfer ban, the loss of Eden Hazard to Real Madrid and a plethora of injuries. Yet he has still racked up wins over Klopp and Guardiola.

Next year, the pressure is only going to increase, particularly as Chelsea have already made major moves in the transfer market while other clubs are still trying to figure out how to approach it.

More and more questions will be asked about Chelsea's title prospects – you get the feeling that Lampard is looking forward to answering them.