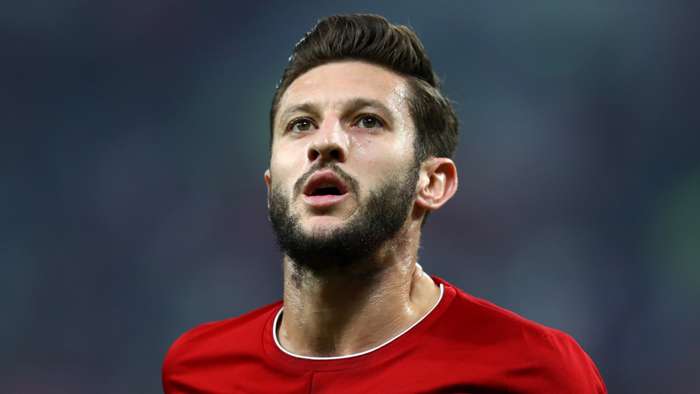 Adam Lallana has officially joined Brighton with the England midfielder completing his move on Monday.

With the expiration of his Liverpool deal, Lallana became a free agent as he ended a six-year stay at Anfield that included a Champions League triumph and a Premier League title.

The 32-year-old midfielder, who has earned 34 senior caps for England, has now joined Brighton on a three-year deal.

Lallana, who will take the No. 14 shirt with Brighton,has made 196 Premier League appearances for Liverpool and Southampton, scoring 30 goals while providing 28 assists.

The midfielder had previously been linkedto the likes of Leicester and his former club Southampton.

“I cant wait to get started,” Lallana said. “It’s a breath of fresh air coming here – having my medical, everything is new. It’s a challenge I am looking forward to.

“The whole infrastructure and ambition around the club excites me. There is so much young talent and so much ability.

“The manager is highly regarded and it was a pretty easy choice for me in the end, especially knowing how much Brighton have reached out. It’s nice to know that you’re wanted – I think it’s a perfect match.”

He added:“Brighton are on an upward curve. I have played against them a lot, and remember seven or eight years ago when Southampton and Brighton were both in League One, so they have been progressing for years now.

“I think we’re at the stage here where we can really push on in the Premier League. I have got a lot of experience playing in the Premier League and at a high level – I know what’s required and how we can improve. If I can help just a little bit in that journey to improve Brighton as a whole, and as a squad, then I will be very happy.”

Brighton has been in the Premier League since achieving promotion in 2016-17, finishing 15th and 17th in the club's first two seasons back in the top flight.

This season, Brighton finished in 15th place once again, concluding the season seven points clear of the relegation zone.

"There is no doubting Adam’s quality, and if you look at his footballing CV his ability is clear for everyone to see," said manager Graham Potter.

“He has played at the very highest level, for both club and country, and achieved great things. He has a wealth of experience alongside his technical quality.

“The honours he won during his time at Liverpool, and the high regard in which he is held at Anfield, only further underline his ability and character.

“Adam is a really exciting signing for us, someone I am sure the supporters will be really looking forward to seeing play as and when things are able to begin to return to normal.

“To have both his experience and quality out on the pitch will be a great addition for us, and I know he will be an excellent role model for our younger players in the squad.

“I am really looking forward to working with him when we return for pre-season training in a few weeks.”