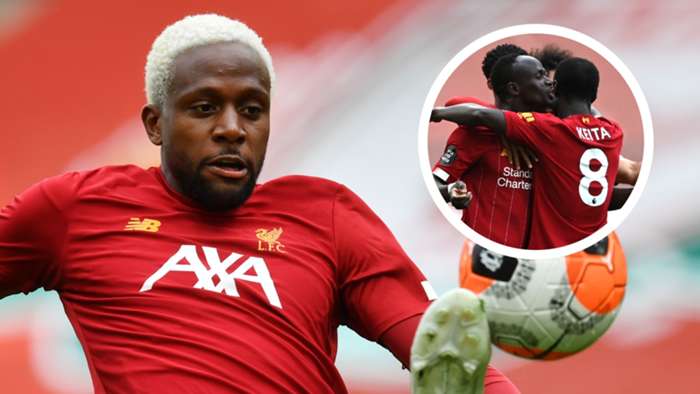 It was certainly tough to watch at times here as Liverpool maintained their perfect Premier League home record with a 2-0 win over relegation-threatened Aston Villa on Sunday.

Sadio Mane’s second-half strike, his 50thfor the Reds at Anfield, did the business for the newly-crowned champions, with substitute Curtis Jones adding a second late on.

It hasbeen a good week for the 19-year-old, who penned a new long-term contract on Saturday and followed that up with his first league goal for the club here, in front of the Kop too.

Jones, on the field for just five minutes, made his presence felt with a lively cameo, which is more than could be said for a couple of Jurgen Klopp’s other rotation players. Those with concerns about the quality of Liverpool’s replacements will be voicing them tonight, for sure.

Divock Origi, in particular, did little to convince anyone that he can be much more than an occasional impact substitute going forward.

The Belgium internationalwas drafted in to replace Roberto Firmino, who had struggled at Manchester City on Thursday, but delivered a performance low on quality and intensity, the kind which stands out a mile when you consider what Klopp’s sides are supposed to be about. He was wayward, he was lethargic and he offered little to no threat.

He lasted just over an hour before Klopp had seen enough. On came Firmino, and up went Liverpool’s levels, almost immediately.

That is the conundrum which faces the newly-crowned Premier League champions. It is hard to improve their first XI, for sure, but the drop-off in quality when you delve into the squad is still there – especially in forward areas.

In the Sky Sports studio, Graeme Souness suggested at least one new signing is needed if Klopp's sideare to maintain the form which has taken them to the status of European, world and English champions.

“I’m disappointed they are not buying another striker,” said the former Reds captain . “Because when you don’t play one of that front three, going to Origi it is a fair drop in quality and they might live to regret that.

“I hope I’m wrong and they end up buying someone to fill that gap when one of those three don’t play.”

Whether they are able to go and do that, of course, remains to be seen.

They opted not to pursue a deal for Timo Werner ,with Klopp confirming that concerns over the financial impact of the coronavirus crisis has forced a rethink over the club’s summer transfer plans. Werner joined Chelsea and, as it stands, there is no obvious link with any forward player, and no indication that Origi will be moved on either.

Liverpool have high hopes for Rhian Brewster, who netted his seventh goal of a productive loan spell with Swansea City earlier on Sunday. Whether the England under-21 internationalcan become a first-team option next season is another matter, though his potential, like Jones, is vast. He certainly knows where the goal is.

Klopp would argue there is much more to come from Takumi Minamino too.The Japanese international was unused here, and is yet to make a telling impact since his January switch from Salzburg, but the word from Melwood is that he is beginning to settle. He should be better next season.

But will that be enough?

Liverpool made no major signings last summer and were still able to improve, but could they do that for a second year, when their rivals will be hungrier than ever to hunt them down?

They certainly have a crop of gifted youngsters – Jones, Brewster, Harvey Elliott and Neco Williams in particular – and Klopp insists the senior players remain as motivated as ever. “We will not stop,” he promised on Friday. Questioning the desire of this group is a foolish move.

Yeteven the best teams need an injection every now and then. Even the great sides need fresh faces and new competition.

Origi has left some wonderful memories at this club, but Souness has a point.

It'stime for Liverpool to think about an upgrade.