LaLiga Preview: Will Real Madrid wrap up the title vs Villarreal?

LaLiga Preview: Will Real Madrid wrap up the title vs Villarreal? 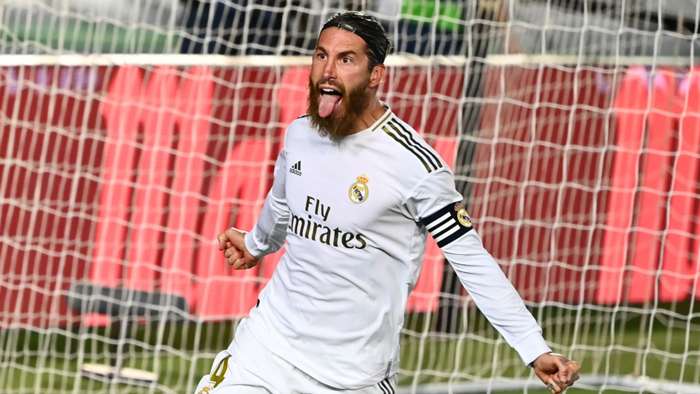 Real Madrid can seal the 2019-20 LaLiga title with three points against Villarreal this Thursday, although some surprises are still possible up and down the table in the penultimate round of games.

Real Madrid can clinch their first LaLiga title since 2016-17, and a record 34th Spanish championship in total, when they host Villarreal CF at their temporary Alfredo Di Stefano stadium home.

Zinedine Zidane’s side have won all nine of their games since the restart from the Covid 19-break, but fifth-placed Villarreal need the points themselves to be sure of Europa League qualification for next season.

Four points back with just two games to play, FC Barcelona know they need a victory to have any chance of keeping their hopes alive when they host 11th-placed CA Osasuna.

Barca have won 16 and drawn two of their 18 LaLiga home games so far this season. Osasuna’s last win at the Camp Nou came on the penultimate weekend of the 2008-09 season.

Sixth-placed Getafe CF are still looking to secure a return to the Europa League for 2020-21 when they host an Atletico Madrid side who last weekend secured qualification for next season’s Champions League.

Getafe’s last LaLiga victory over neighbours Atletico came back in 2011, they have not scored even once in 14 meetings since (13 defeats and one draw).

Sevilla FC also confirmed their top four finish last weekend thanks to a 2-0 victory over RCD Mallorca, with the Andalusians now travelling to Real Sociedad who with two games left are sitting in seventh spot, well set to secure another season in the Europa League next year.

9th-placed Valencia CF’s hopes of Uefa competition next season have slipped with just one win in their last six LaLiga games, so Los Che really need three points when they host an RCD Espanyol team already planning for next season after relegation to LaLiga SmartBank was confirmed last week.

SD Eibar and Real Valladolid have both been able to celebrate securing their place in LaLiga Santander for next season last weekend, so their meeting at Ipurua should be an amicable occasion, especially as Eibar coach Jose Luis Mendilibar was previously a popular boss of Valladolid.

D. Alaves draw against Getafe on Monday moved them four points clear of the drop zone, so they can ensure safety with a victory at a Real Betis team who are already safe and with new coach Mauricio Pellegrini appointed as their new coach for 2020-21.

RC Celta also know that a win will ensure them of safety when they host a Levante UD side who have already reached their objective for the season. Goals are likely at Balaidos as this fixture has averaged over four a game during the last four seasons.

Hoping for Alaves and Celta to slip up are CD Leganes and RCD Mallorca. 18th-placed Leganes improved their hopes of beating the drop when they beat Valencia 1-0 last weekend and really need to repeat that victory at Athletic Club, who themselves still have a chance of Europa League qualification.

19th-placed Mallorca will be fighting for their safety when they host a Granada CF team still hoping to make the Europa League.

Home form has been crucial in Mallorca’s attempt to escape the bottom three; they have taken six points while scoring seven goals in their last two games at Son Moix.