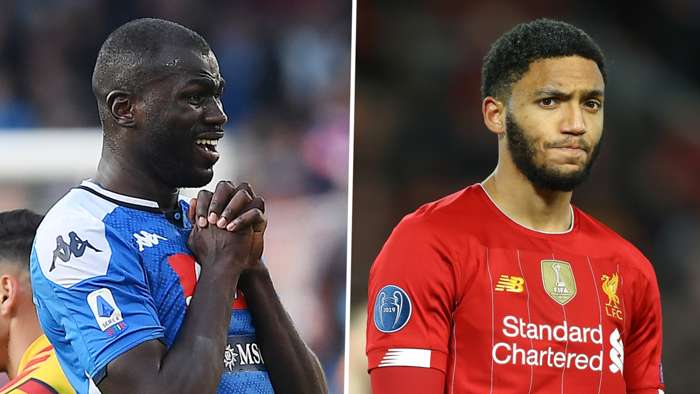 Talk of Liverpool making a move for Napoli centre-half Kalidou Koulibaly is “a bit harsh on Joe Gomez”, says Jason McAteer, with Jurgen Klopp expected to continue favouring “the team, not the individual” when piecing together his summer transfer plans.

The £75 million ($95m) signing of Virgil van Dijk in January 2018 proved to be inspired, with the Dutchman having played a leading role in the Champions League and Premier League successes that have followed.

He is considered to have helped raise the game of those around him, including England international Gomez.

With that in mind, McAteer sees no need for the Reds to invest heavily again in another centre-half – especially as they have been careful not to disrupt team spirit in a happy Anfield camp.

The former Liverpool midfielder told the Racing Post: “Liverpoolhave been linked with a move for Napoli's Kalidou Koulibaly, along with plenty of others, and with Dejan Lovren leaving people have obviously put two and two together.

“But that might be a bit harsh on Joe Gomez, who I think has worked well with Virgil van Dijk and has done nothing wrong, so we will have to see.

“Liverpool will always be linked with big-name players but it is not just about what you do onthe pitch.

“There are other considerations to make and how you fit in with the club and the way things are done at Anfield. And Klopp has embraced this completely.

“It's about the team, not the individual.

“Roberto Firmino is a good example. People may be concerned that he hasn't scored a league goal at Anfield for more than a year, but I'm not worried.

“You need all the ingredients to make a great cake and his movement is incredible. He creates so much for Mo Salah and Sadio Mane and sacrifices his own scoring output.

“He's not really a centre forward. He links everything and is a massive piece of the jigsaw. You can really appreciate what he does if you just concentrate on what he is doing.

“It's about all the ingredients working together. That's why Liverpool have been so successful over the last couple of years.”

It remains to be seen whether Klopp will dip back into the transfer market this summer, with Liverpool also being heavily linked with the likes of Bayern Munich midfielder Thiago Alcantara and Bayer Leverkusen playmaker Kai Havertz.