Klopp urged to move fast to sign Grealish this summer 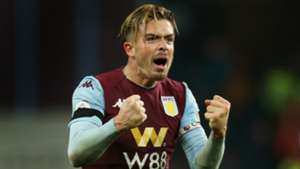 The 24-year-old is set to star for the Villans in Sunday's Carabao Cup final against Manchester City at Wembley but is likely to be destined for one of England's biggest clubs in the summer, having been linked previously to Manchester United and Manchester City.

Murphy sees the player thriving at that standard and has advised Jurgen Klopp to lure him to Anfield as soon as possible.

"If you look at the top teams, Manchester City and Liverpool, it's noticeable they like players who can perform exceptionally in more than one position. Think about Raheem Sterling, Fernandinho, Kevin De Bruyne, Jordan Henderson, Alex Oxlade-Chamberlain and Mo Salah," he wrote in the Daily Mail.

"Grealish has that in his locker. He has the mix of physicality and technical skills to operate in a number of areas.

"If you're Klopp for example, having that variety at your disposal is a Godsend. I'd already put Grealish ahead of Naby Keita or James Milner and the only thing Gini Wijnaldum has over him at the moment is experience of consistently playing big matches.

"Grealish has been heavily linked with Manchester United, particularly if they lose Paul Pogba, but I don't think they will be the only ones interested if he decides to move from his boyhood club this summer to maximise his career.

"He fits Klopp's philosophy, and although Guardiola has Phil Foden he'll still be interested in other good players with David Silva leaving this summer."

And while Grealish will have the opportunity to shine on the Wembley stage on Sunday, Murphy does not believe that it is potentially career-defining match for the ex-England Under-21 international.

"I don't think Pep's mind would be made up by one game but it wouldn't do Grealish any harm to turn it on on Sunday afternoon. It worked for me once - I played so well for Charlton against Tottenham, Martin Jol took me to White Hart Lane," he said.

Grealish has played 25 times for relegation-threatened Villa in the Premier League this season, scoring seven goals and laying on six more.