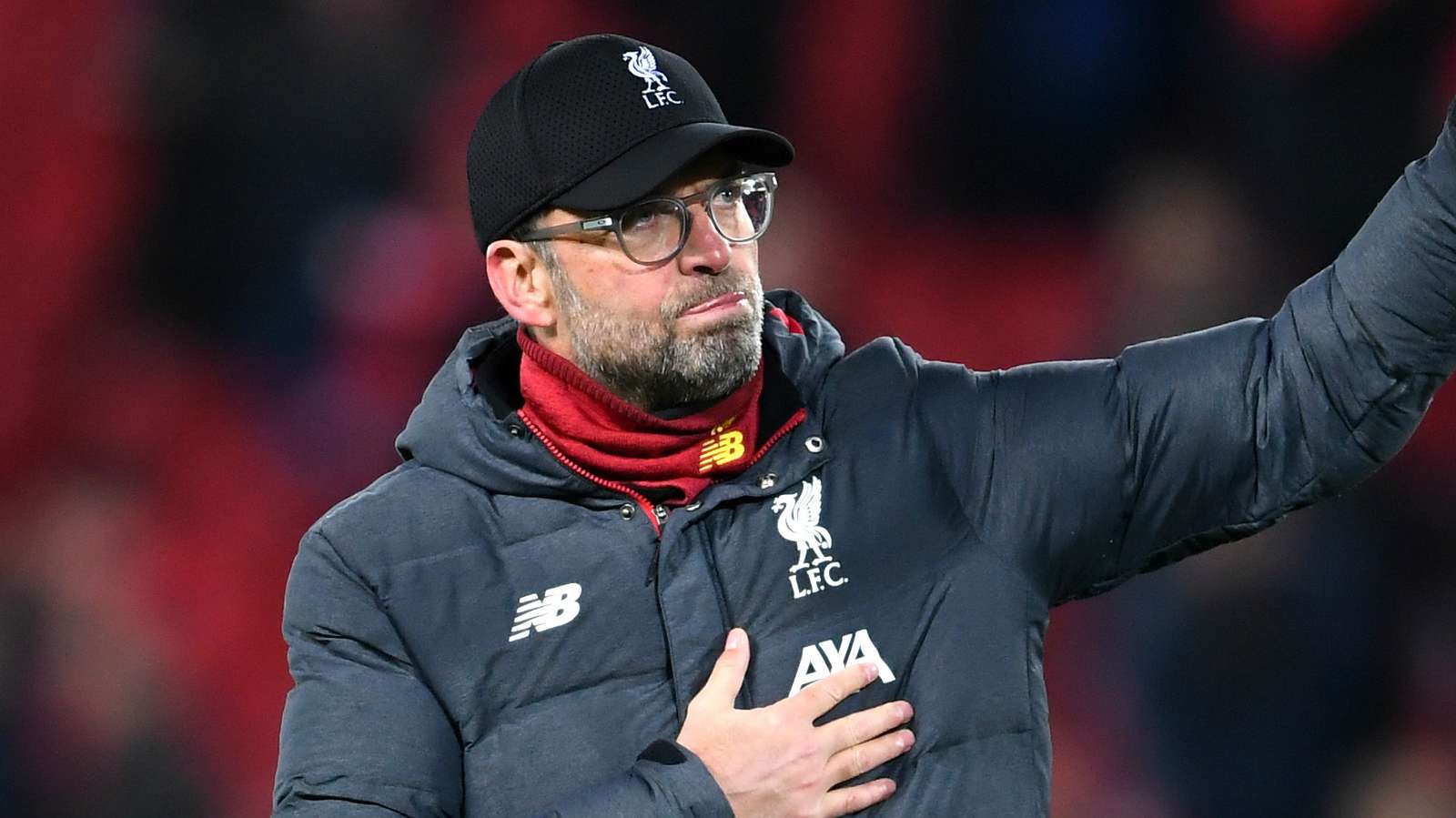 Jurgen Klopp smiled as he re-lived the moment Liverpool were confirmed as Premier League champions on Thursday night.

The Reds boss held his first virtual conference since the club’s 19thtop-flighttitle was secured, speaking to reporters via Zoom from Anfield.

Klopp had watched Chelsea’s 2-1 win over Manchester City with his players at the Formby Hall golf resort near his home and, wearing a ‘Champions 19-20’ hoodie, he revealed he had video-called his family just before the final whistle at Stamford Bridge so he could share the moment.

“I called my family 10 seconds before the final whistle,” he said. “We had a Facetime call. I told them I loved them, they told me they loved me. We cannot be together, that was not nice, but that’s how it is.

“Then I put the phone on the table and said ‘leave it on, because in four or five seconds something special will happen’. That was a really nice moment, which I enjoyed a lot.

“All the other messages, I don’t want to compare at the moment. They were great, all full of appreciation, respect, love, support, whatever.

“Maybe I should use this opportunity to say sorry I cannot answer all of them, but I can read all of them. That’s what I will do in the next few days.”

Klopp had broken down when interviewed bySky Sportsimmediately after Liverpool’s title win was confirmed, the emotion of the evening taking control.

A few hours later, though, he was able to reflect on his feelings with a little more clarity.

“I am happy,” he said. “Really happy. Relieved.

“Last night I was overwhelmed obviously, but it’s a very good moment in my life. It’s a mix of everything. I know it is a really big achievement, and it was an incredible ride to get here. What the boys did in the time since I am here is just exceptional, and I am so happy for them that we could do that.”

He also paid tribute to the club’s supporters, whose backing he says has been key to Liverpool’s success, and to his backroom staff as well.

“I think the people had a really positive opinion of me when I came in, so that was really nice and helped a lot,” he said. “It gave us time to achieve the things we achieved in the past two-and-a-half, three years.

“The people wanted to have their own history, like the players had to write their own history and stories. They were ready not to compare us too much with all these great, great figures in our club. They gave us time and we used the time pretty well.

“It’s normal that people are positive about the manager of the team when you become champions, but the people know as well, like I know, how much it means to us and how important my coaches are.

“Without Pep, Peter, Vitor, John, Jack, Korny, Mona, Ray, Matt, Danielle, Julia and all the others, it would not be possible, and that’s the truth.I am the face of it, but a lot of the work, the others do.”

Asked if he had ever doubted whether he could bring the title back to Anfield after such a long wait for the club, Klopp added: “Not doubts, but I didn’t know that it will happen because the other teams are so good. You have to change each year, bring new things, that’s how it is. A season is really long, you need to be lucky in some moments, especially with injuries, so you can never be sure.

“I was never sure it will happen, but I knew we will become a really good football team. But others are pretty good as well.

“The consistency makes all the difference. We were good four years ago, we were really good three years, we were unbelievably good last year, the consistency we showed was incredible, and then smashing the record so far this season is absolutely exceptional, and second to none.

“It’s all about the boys’ commitment, desire and understanding of the club’s heart and soul. That made it happen, and thankfully I am part of this.”