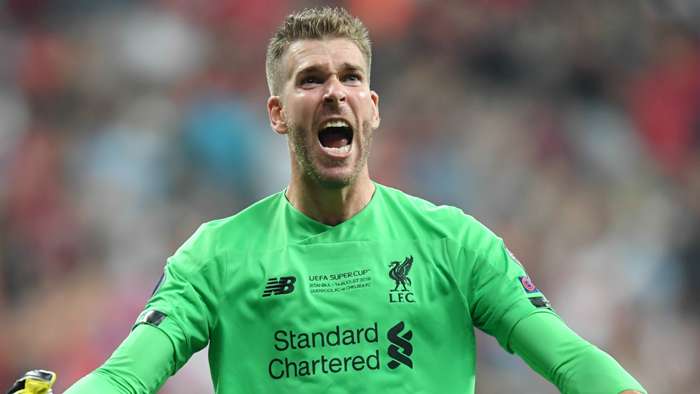 Jurgen Klopp was not expecting to be in the market for another goalkeeper heading into the 2019-20 campaign, but was delighted to snap up Adrian after Simon Mignolet’s push for the exits forced his hand.

Loris Karius was allowed to depart on loan as a result, with the German linking up with Turkish side Besiktas.

Belgium international Mignolet was, however, to get the chance to head home and link up with Club Brugge, meaning that Liverpool suddenly needed a back-up for established number one Alisson.

It did not take long for a list of options to be drawn up, with Klopp pleasantly surprised to see that Adrian was available after severing ties with West Ham.

The Spaniard was quickly acquired and ended up slotting straight into the Liverpool side as Alisson suffered an unfortunate injury on the opening weekend against Norwich.

“The goalkeeper situation, I don't know exactly, but one or two weeks before Simon Mignolet came and said, ‘I can go home. I have an offer from Club Brugge’, and we said, ‘OK, but we don't have a solution’,” Klopp told the Reds’ official website on his scramble to land a new custodian.

“We go through it and I remembered I'd seen some interviews with Adrian when he was at West Ham still and thought he's a smart guy.

“I didn't know exactly why he didn't play anymore because the West Ham goalie situation didn't look settled finally there. He is a good goalie, so why didn't he play? So we had to make sure how he is as a person.

“You try to find out but it was positive. John said, ‘Yes, a good goalie and absolutely from all the options we have, he is the best’. 'Good, let's go for it'.

“So he came in, trained for five or six days and is our first-choice goalkeeper!

“He did exceptionally well. We should not forget what an incredible job he did and we won obviously all of the games at the start of the season when he was in goal and he had a massive hand in that. He had some situations when he was really good.”

Adrian went on to take in 18 appearances for Liverpool in all competitions, helping them to UEFA Super Cup glory and a long-awaited Premier League title.