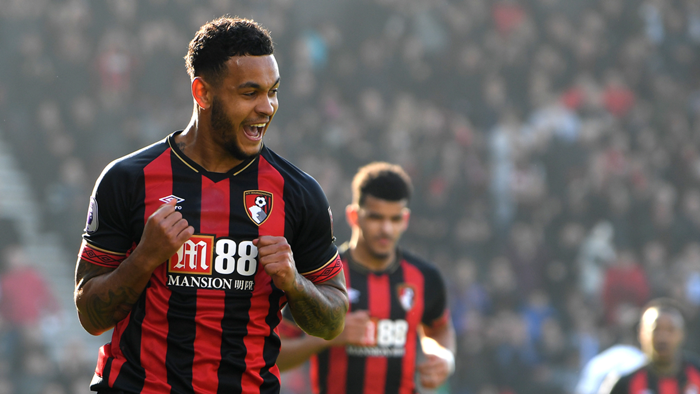 Bournemouth forward Josh King made little secret of the fact that he almost joined Manchester United in January and has now admitted that it would be “amazing” if the Red Devils were still interested as they continue to bolster their squad.

King had been on the verge of returning to the club at which he had spent five years earlier in his career, though he had struggled to break his way into the first-team setup and was sent out on a series of loans before signing for Blackburn Rovers in 2013.

With the Cherries now relegated, the versatile 28-year-old's future is up in the air, but it does seem unlikely that he will be plying his trade in the Championship if Man Utd – or any other Champions League side – come calling for his services.

“I'm sitting here at Ullevaal in this chair and I do not know where I will play next season – that's an honest answer,” King told TV2 while on national team duty with Norway.

“I won't lie, I really wanted to go to Man Utd in January. But what happened, happened. We'll just have to wait and see. There are still a lot of options.

“I have a dream to play in the Champions League. Whether that will happen in this transfer window or in two years, I don't know. But I have the same dream about it that all boys have.”

When the reporter tipped him to move to Old Trafford despite the failed January move, King added: “I hope you're right! It would be amazing if Man Utd are still interested. I was at United for five years and I learned a lot there.”

Should the Norwegian get his wish of a summer move to a big club, he admits that he would prefer to be deployed in his favoured position at the head of attack. He did, however, concede that his versatility means that he would be open to playing in a wide range of attacking roles.

“I've only played on the left and the right all season – I haven't been a full striker in 2-3 years. Yes, it inhibits me, but there is also an upside to it. Not many strikers can play in all of those positions. I handle them quite well.

“But I am a striker, it's my favourite position, when I'm in that zone and can run in behind. I was kind of sacrificed, but it was my job. I went to training and matches and gave everything every single time.

“It's impossible to know how many goals I would score as a striker. In the season where I scored 16, I played as a striker for four months. So yes, I could clear 15 goals each season, I have no doubt about that.

“It goes without saying that a striker gets more chances than a left-winger who has to run up and down and help the defence.