Kepa is our 'keeper and I'm happy with him - Lampard

Kepa is our 'keeper and I'm happy with him - Lampard 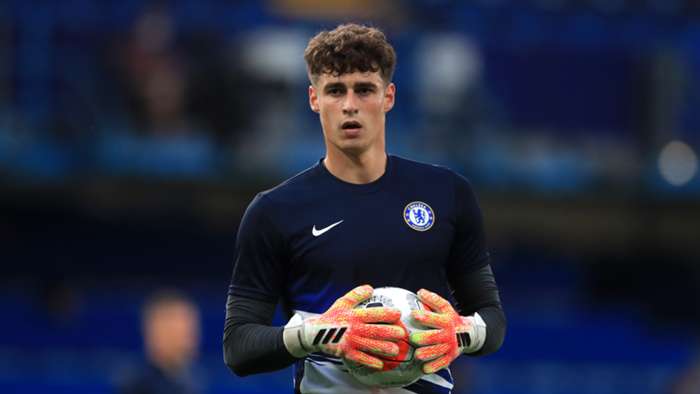 Frank Lampard has given his backing to Chelsea goalkeeper KepaArrizabalaga after his side's 3-1 win against Brighton on Monday.

The 25-year-old was caught out whenLeandroTrossard fired in the equaliser for Brighton from outside the box.

The Spain international has faced heavy criticism for his performances for the Blues and Trossard's goal was the 19th he has conceded from outside the box - more than any other Premier Leaguegoalkeeper in the last two years.

But Lampard says he is happy with the performances of the world's most expensive goalkeeper and has confidence in him.

Shortly after Trossard made it 1-1, Reece James restored his side's lead when he blasted into the top corner from long range.

"Reece James' goal, it had me off my seat and we needed it, we weren't at our best in that period," Lampard said.

"Reece has got that in him, he is a player of such quality. You try and get him in areas where he can be a threat."

He continued: "I thought we were OK. I liked the work ethic. If you analyse the fact that we've been together as a team for four days, to expect everything to click on day one is difficult. We showed determination and that is a game we might have dropped points in last year."

Chelsea made five signings ahead of the new season, but Timo Werner andKai Havertz were the only new arrivals to feature in their opening game of the season.

The coach is aware that he will have to experiment with the shape of his team as he looks for a way to get the best out of the new boys.

"I don't want to pin us down to one system. We have three or four players who want to play as a number 10 for us but I want us to be adaptable," he said.

"We have a lot of attacking players, I want us to be fluid, I want that movement. We weren't as fluid as we can be today but we will work on that.

"I liked Kai Havertz. It's not a game where you come away with some vintage moments and there's a lot on his shoulders but you saw glimpses of what he can do. Everything I have seen from him is spot on and his quality will come through. He's hugely talented.

"I loved the way that Timo Werner pops up in different areas, he has a hunger to score goals and be ruthless.

"We definitely want to close that gap to Liverpool, we have to have intentions to be up there even though it is a big ask to win it. We are behind, it's step by step. Hopefully we can make big strides."

Lampard continued to BBC Sport:"To come to Brighton and win is a tough ask. We've only had a few days so I didn't expect to see the kind of football we want to play. We had to do some of the more difficult things - resilience, throwing yourself in front of the ball, so I'm pleased.