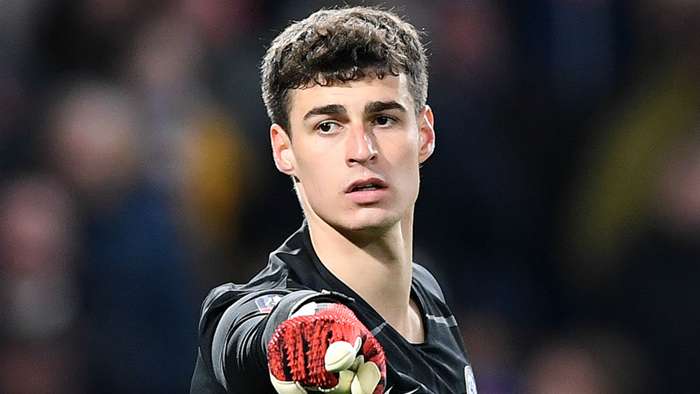 Kepa Arrizabalaga has become a “massive issue” for Chelsea, claims Chris Sutton, with the former Blues striker saying “more business” is required from Frank Lampard in the next transfer window.

They are considered to be exciting additions to a promising young squad at Stamford Bridge, but more arrivals are expected.

Frank Lampard is looking to wrap up a top-four finish that will make it easier for him to add, with Champions League football holding obvious appeal to ambitious performers.

Sutton hopes more money will be made available in west London, with Chelsea still having a number of issues to address – starting between the sticks and the most expensive goalkeeper in world football.

The ex-Blues frontman told Stadium Astro: "What's been the positives for Chelsea this season?

"But they need to do some more business as well.

"I think the goalkeeper is a massive issue and defensively they've conceded too many goals.

"Frank will know that but there's no point worrying about that at this moment in time.

Sutton is not the only former Chelsea star to have pointed out that Lampard still has much work to do in order to turn the Blues into serious contenders for the very biggest prizes available.

Ex-midfielder Craig Burley has also called for more work to be done on the recruitment front over the coming weeks.

He has told ESPN FC: "What they've done is they've gone out and bought attacking players so far.

"But I think we can see the centre-half position and certainly the left-back position needs addressing.

"Although Marcos Alonso does some good things going forward, he has generally operated better as a wing-back.