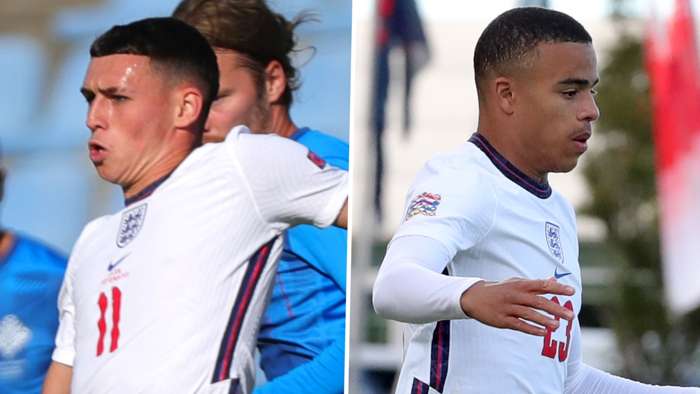 Harry Kane confirmed he and some of his England team-mates reached out to Phil Foden and Mason Greenwood after the youngsters were banished from Gareth Southgate's squad.

Foden, 20, and Greenwood, 18, are alleged to have been socialising with women at England's team hotel, actions that were in breach of Iceland's self-isolation regulations in response to Covid-19.

Without the talented youngsters, Southgate's men laboured to a 0-0 draw with Denmark in Copenhagen on Tuesday.

After the match, the England manager said further details had convinced him Foden and Greenwood were right to be jettisoned, irrespective of coronavirus considerations, but also spoke of a duty of care to players who needed to rebuild trust with their new international team-mates.

"I textedthem both. I think it was important," the England captain said. "They could have been in a lonely place and it's not easy taking criticism, especially when you're in the media and the fans' eye.

"We were in a situation where I didn't want them to feel alone. I know a couple of the other boys have text them as well to make sure they're doing okay.

"They know they've made a mistake and they'll learn from it. They are young boys coming into a big world. I know, for sure, it won't happen again."

Kane saw Mathias Jorgensen clear his goalbound shot off the line in stoppage time but was keen to take positives from a performance where Southgate sent his players out in a remodelled 3-4-3 formation, with debuts handed to Conor Coady, Kalvin Phillips, Jack Grealish and Ainsley Maitland-Niles.

"It wasn't a bad performance but we could have done better," he said.

"We were trying a new system, getting used to that a bit as well. We created a couple of chances – I had one at the end just cleared off the line, which was a shame.

"If that had gone in, it would have been a good night's work.

"We're still in a strong position in the Nations League. We know we've got a lot to improve on but we can take some positives from what we've done."