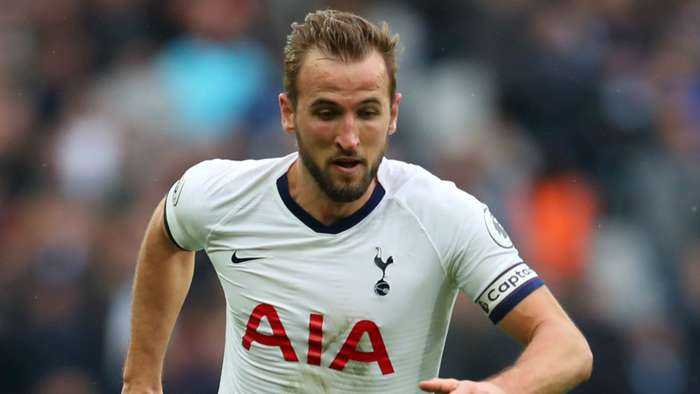 Jose Mourinho says Harry Kane is among the best strikers in the world after his double against Leicester on Sunday.

Kane hasscored four times since the English top-flight's restart in June and took his tally up to 17 in 28 appearances this season.

And ex-Chealsea, Manchester United and Real Madrid managerMourinho says the 26-year-old is among the best he has ever coached.

"It was two very important goals for us and the third one was Harry Kane's goal. It was amazing quality," he toldSky Sports.

"Of course he is one of the best. It is difficult for me to compare strikers but I had almost in every club some of the best. Of course, Harry is second to none. It's just different qualities. As a striker, as a goalscorer, a team player and a leader, he is fantastic.

"It is difficult to make him better but the better the team is, the better he can be. It depends more on us.

"He is an amazing professional and works very well. He cannot play any better. He is a fantastic striker and Tottenham is so lucky to have him."

The win lifted Spurs to sixth in the Premier League with Wolves sitting two points behind ahead of their match against Crystal Palace on Monday, while Leicester are in danger of dropping out of the top four with one game left to play.

Mourinho was happy with the way his side managed the game, having taken the lead just six minutes in through a James Justin own goal.

"I think we were strategically good. We knew what worked for us," he said.

"Brendan Rodgers did an amazing job since he arrived but in this moment he is in a little bit of trouble with injuries. I know what it is because I had similar problems at the other end.

"He is trying to compensate with the people he lost so we knew that in transition we could win the game. We tried to be very fast after recovering the ball. We did that very well in the first half and in the second half it was about being compact and getting the result.

"You always need your goalkeeper to make a couple of important saves which he did but we were phenomenal. They had a lot of corners and we defended well. I felt very comfortable in the game."

He added: "It was very important the way we ended. The long break is not so open like a pre-season hopefully is. But it was good enough for us and the players to feel that with work and time we could improve.

"Clearly we are one of the teams with more points during this period than after the break. Now we have to fight to finish sixth. We have to win and that is difficult and wait for something in our other opponents.