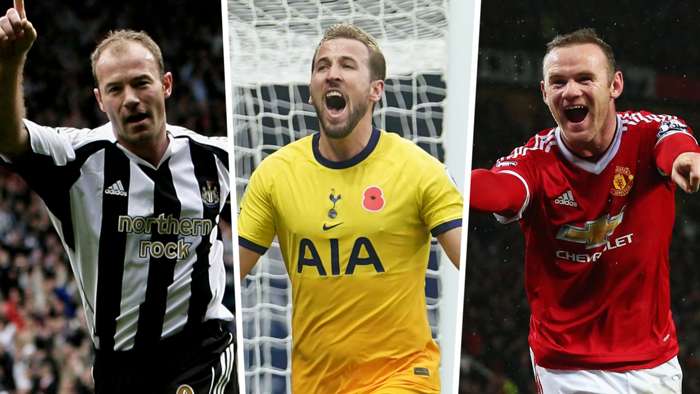 Harry Kane is “a certainty to join Alan Shearer and Wayne Rooney in the 200 club” and could go on to net 300 goals for Tottenham and become the Premier League’s all-time leading marksman, says Peter Crouch.

He has some way to go before thoughts can turn towards raising a bar set by Newcastle legend Shearer at 260, however, time ison Kane’s side at 27 years of age and he is showing no sign of slowing down.

A move away from Tottenham has been mooted for some time, with many suggesting that major silverware will be required in order to keep an ambitious performer happy.

Were he to open an exit door, then it could be that a European heavyweight prises him away from the Premier League.

For now, though, the England captain continues to tick over at a remarkable rate in the final third of the field, with Crouch admitting that Kane would be the man he turns to if he ever needed someone to save his life by hitting the back of the net.

The former Spurs and Three Lions frontman told the Daily Mail of a modern-day superstar: “The numbers are staggering.

“He's got 201 for Tottenham now and he could end up with 300 for the club before he finishes.

“He's a certainty to join Alan Shearer and Wayne Rooney in the 200 club for the Premier League but beating Shearer's total of 260 will be a tall order.

“Kane is not only Tottenham's best scorer, he's also their best creator. He's like two men rolled into one.

“The best compliment I can pay him is that if you wanted someone to take a shot to score from 25 yards to save your life, I'd pick Kane every single day.”