Juventus 'perfect' for Serie A but Champions League is a real 'problem', says Del Piero

Juventus 'perfect' for Serie A but Champions League is a real 'problem', says Del Piero 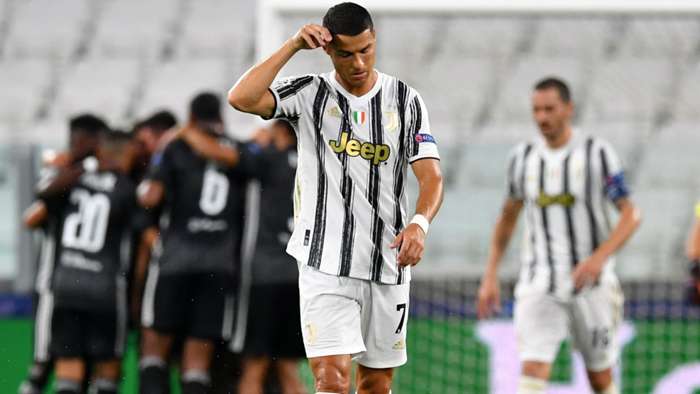 Juventus are "perfect" for Serie A but their surprise elimination at the hands ofLyon highlighted their issues in the Champions League, according to Alessandro Del Piero.

Memphis Depay converted a first-half penalty to double Lyon's advantage in the tie, with the French side having triumphed 1-0 on home soil before the European season was suspended due to the coronavirus pandemic.

Cristiano Ronaldo scored twice to turn the game around on the night but despite the Portuguese's best efforts, Juve slipped out of the competition to raise questions over the future of their coach, Maurizio Sarri.

Club legend Del Piero praised Ronaldo for showing the way to play in such circumstances but is concerned over the way the team has performed in Europe.

"At times we have criticised him, but against Lyon he Ronaldo gave a lesson, not only for the goal but for how he played the whole game," he told Sky SportsItalia.

"There is a problem for Juventus and that is to face the teams at European level.

"The team is perfect in the Italian league but both the first leg and the return match against Lyon showed some difficulties."

Juve had been knocked out at the quarter-final stage in the previous two years, though defender Leonardo Bonucci said after this latest Champions League disappointment that the target this season was always to retain the Scudetto.

Yet Del Piero, who was part of the side that won Europe's premier club competition back in 1996, feels the Bianconeri should set their sights higher than just domestic success.

"If the goal is the Scudetto, then the season is fine but Juventus must have greater ambitions," the former Italy international said.

Sarri's position will come under heavy scrutiny despite winning the league, with one media report in Italy linking former Tottenham boss Mauricio Pochettino with the job.