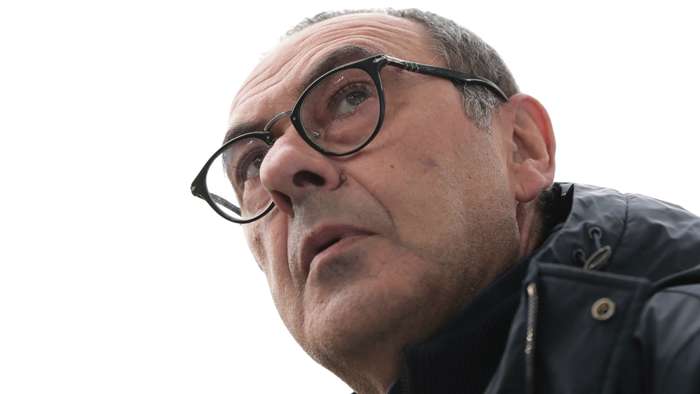 Juventus head coach Maurizio Sarri is as fearless as a Formula One racing driver when it comes to rumours over his future at the club.

The Bianconeri are six points clear at the top of the table ahead of Monday's clash with fourth-placed Lazio, although Inter could cut that to four with victory over Roma on Sunday night.

Juvehave not won any of their past three games and were also knocked out of the Coppa Italia by Sarri's former club Napoli last month.

Sarri, however, was in a bullish mood when reporters asked himat a media conference on Sunday if he was concerned about losing his job.

"I have a contract and I want to honour it at all costs," said the ex-Chelsea boss, who was given a three-year deal when he took over Juventus in June 2019.

"Asking me about if I am worried for my future is like asking a Formula One driver if he is afraid to go fast. I'm happier feeling someone breathing down my neck. It's part of my profession - if you win, you are doing well, if you lose, you are doing badly. Football is difficult, wherever you are.

"At Chelsea there was a different situation, I liked the idea of going to England, then last summer I wanted to come back to Italy, but the future is the game against Lazio on Monday and we have to think about every single game. All the rest comes as a result."

In December, Lazio claimed two 3-1 victories over Juve in Serie A and the Supercoppa Italiana.

Simone Inzaghi's side were only a point behind the defending champions before the restart, but four defeats in seven games has left them playing catch up. Sarri, though, is wary of the threat they pose.

"Lazio have had a great season, they have proven to be a great team even if they are going through a difficult period," added the 61-year-old. "It is a strange time we're playing in, which is unique in the history of football.