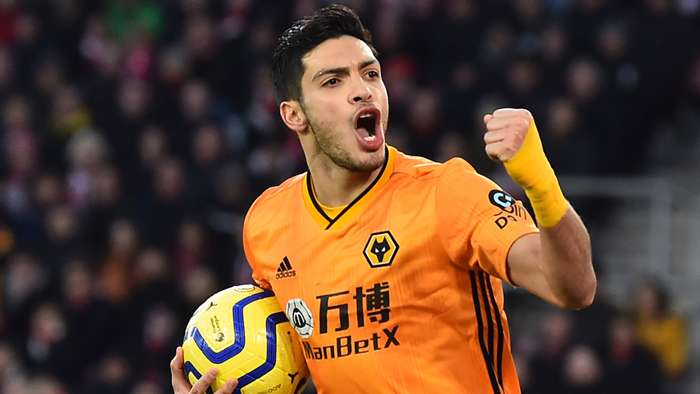 Wolves boss Nuno Espirito Santo says he is not concerned by Mexico boss Gerardo Martino's recent claims that Raul Jimenez should be a target for Manchester United.

Jimenez has grown into a star with Wolves since joining the club from Benfica in 2018.

The Mexico international scored 17 goals in his debut season, making his initial season-long loan move permanent in the process.

This season, Jimenezhas scored 24 goals in all competitions to push Wolves into sixth in thePremier Leagueas well as the last 16 of the Europa League.

The 29-year-old striker has earned links to big clubs as a result of his goalscoring exploits, with Man Utd and Juventus among those rumoured to be interested.

Martino said that a move to Old Trafford would be best for the striker, given the club's need for a pure No. 9.

But Nuno says he isn't too worried about any move for the club's star striker, insisting that the focus remains on pushing forward to complete thePremier League season.

"It's not an issue for us, we have a competition and a game to play,"Nuno said.

"We have a lot of things in front of us. It's not the moment to think about anything else. I'm sure Raul is totally, 100 per cent focused on what he has to do at Wolves.

"They are things which you can't control, it's up to you to decide if you pay attention or not. I admire Tata Martino, he is a big manager, and honestly, it doesn't distract us."

Wolves most recently fell in a 2-0 defeat to Arsenal, snapping a run of three consecutive victories to begin the Premier League's restart.

Jimenez has scored two of Wolves' four goals since the competition kicked off againwhile also netting 33 percent of the club's Premier League goals throughout the campaign.

Up next for Wolves is a clash with Sheffield United atBramall Lane on Wednesday before then hosting Everton on Sunday at Molineux.