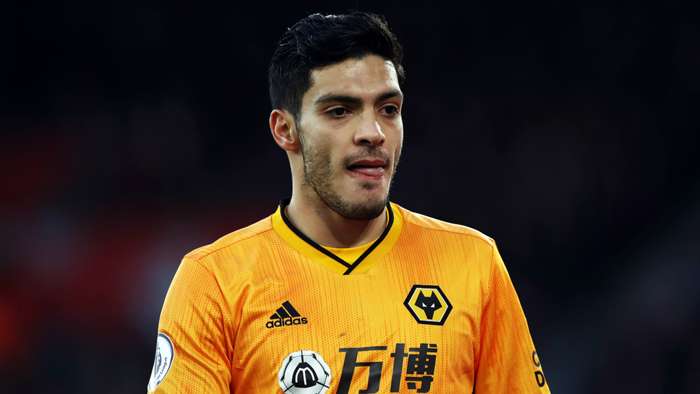 Jimenez has been a big hit in the Premier League since making his way to Wolves in the summer of 2018.

The 29-year arrived at Molineux on an initial season-long loan from Benfica, but he earned a permanent contract after netting 17 goals in his debut season.

The Mexican frontman has already improved on that tally in 2019-20, scoring 24 times in 44 outings across all competitions to help Wolves fight for a top-four finish and Europa League glory.

Jimenez is now being tipped for a big-money move to one of Europe's top clubs, with United and Juventus reportedly leading the race for his signature.

Martino thinks that the ex-Benfica star has more chance of playing regularly at Old Trafford than the Allianz Arena, with a number nine spot in Ole Gunnar Solskjaer's line-up still up for grabs.

"Looking at it from the outside today I cannot see a specialist number nine like Raul at United," the Mexico boss told ESPN . "There are many forwards like Marcus Rashford, Anthony Martial and the boy who now plays as a right-winger,Mason Greenwood, but sinceRomelu Lukakuleft I can't see a pure number nine like Raul.

"At Juventus, he will have more of a fight becauseCristiano Ronaldoshares the inside of the pitch with whoever plays alongside him, withPaulo Dybalaor withGonzalo Higuainand maybe he has a tougher fight there."

Martino went on to advise Jimenez to weigh up all his options carefully before making a final decision on his future.

"We who see it from the outside, you the journalist and even me, always have the idea that a player has to aim for more and how good it would be for him to go to play for Manchester United," the 57-year-old added.

"For me, that at one point in my life I was in a very big club Barcelona, and having lived a difficult year there, I say that you have to be convinced of the step you want to take and you have to analyse it from many places.

"Maybe he wants a bigger challenge because he feels that he is in good shape and has to take advantage of it, maybe he wants to stay in this place, maybe the options you read about are not real and do not exist.