'James is a major part of Manchester United' - Welsh winger won't be loaned out next season, says agent

'James is a major part of Manchester United' - Welsh winger won't be loaned out next season, says agent 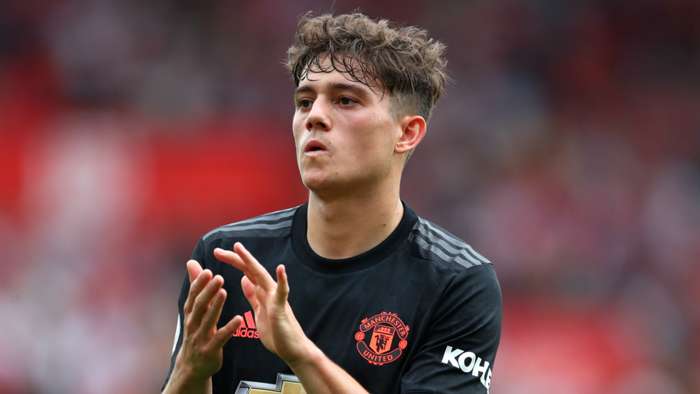 Daniel James will not be sent out on loan next season, according to his agent Jonathan Barnett, who says the Welsh winger is now a "major part" of Manchester United.

The Red Devils paid £15 million ($19m) to secure his services from Swansea, where he had emerged as one of the brightest young talents in the Championship.

The 22-year-old committed to a five-year contract at Old Traffordand hit the ground running in the Premier League, scoring on his debut as Solskjaer's men earned a 4-0 victory against Chelsea at the start of the new season.

The Wales international's last goal came during a 5-0 Europa League win over LASK in March, which marked the Red Devils' final outing before the coronavirus-enforced break in the campaign.

James has been reduced to a bit-part role in Solskjaer's squad since the top flight's resumption last month, with Mason Greenwood emerging as the Norwegian's first choice on the right of a front three.

It has been suggested that the former Swansea ace could secure a temporary move away from Manchester this summer for regular minutes, but Barnett is adamant he will be staying put.

Asked if there is any chance of James being loaned out when the transfer window reopens, his agent told Stretty News:“No. He’s a major part of Man United’s team. I see him playing for Man United.”

Barnett went on to insistthat the Welshman has the "character" to fight for a place in United's line up, and that he is still developing at a "normal" rate despite a recent loss of form.

He added: "I think if you don’t have that character you shouldn’t go to Man United. We as a company have a responsibility to help them and point these things out and in Dan’s case, it was obvious he has that character.

“I think if you asked generally the people at Manchester United and I am presuming, I haven’t spoken to them but they would be very pleased with his progress.