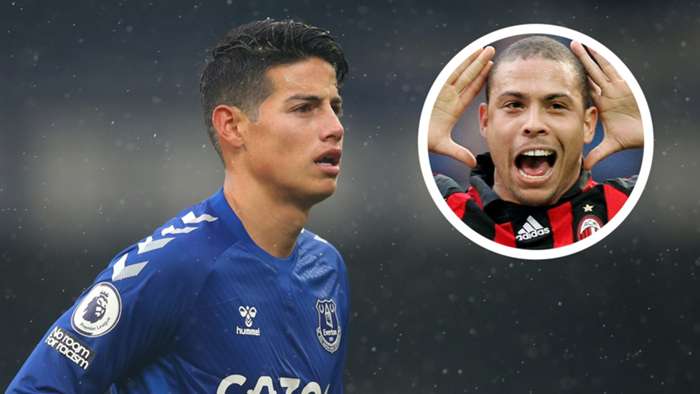 With James struggling for game time at Real Madrid, a reunion was put in place with former Blancos boss Ancelotti at Goodison Park.

That deal was considered to be quite a coup for the Merseyside outfit, with Everton proving that they can compete for the finest talent available in any given market.

James has made a bright start to his time in England, with three goals and four assists recorded through seven appearances.

The 29-year-old has shown that you do not need to be full of running in order to thrive in the Premier League, with guile as important as graft in the modern era.

Those at the very top of the world game have been proving that for years, with Ancelotti admitting that James’ laid-back approach reminds him of World Cup-winning frontman Ronaldo.

The Italian told France Football: “When I signed James this summer, everyone was worried about his physical state and to see how he’d cope with the intensity of the Premier League.

“During the first four games, do you know how many times he sprinted? Seven! He’s got more assists and goals than he did sprints.

“So what are we talking about? Of what we expect a player to do on the pitch?

“When I was at Milan, we brought in Ronaldo. On his arrival, he weighed 100kg.

“Before the first game, I told him: ‘You know I can’t play you. You need to lose weight’. He replied ‘What do you want me to do on the pitch? Score or run? If it’s to run, put me on the bench, if it’s to score, play me!’.

“I played him. He didn’t run, but he scored two goals. For James, it’s the same thing.”

James sat out Everton’s 2-1 defeat at Newcastle on Sunday as he was offered an opportunity to recharge his batteries.