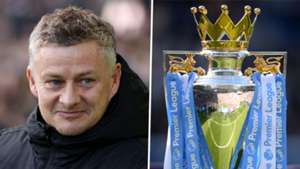 Manchester United "won't take 30 years to win the league again" but they are still a long way behind Liverpool and Manchester City, according to Andy Cole.

The 2019-20 campaign has been a mixed bag for United to date, with a number of promising results against the top six overshadowed by poor performances against lesser teams.

Ole Gunnar Solskjaer's men haven't won more than two games on the bounce all season, and find themselves down in fifth , three points adrift of the Champions League places with 10 fixtures remaining.

The Red Devils are a whopping 37 points behind runaway leaders Liverpool at the moment, having lost a total of eight games, and seem further away from regaining the title than ever before.

Seven years of mediocrity in the wake of Sir Alex Ferguson's departure has led to question marks over United's status as one of the world's top teams, with Cole admitting that his old club are still in the middle of a transitional period.

"Football is a cycle," the former United striker told the Counter Attack podcast . "Losing Sir Alex Ferguson, him retiring, the next manager, whoever was going to step in, was going to find it really, really difficult.

"I wouldn't have liked to have followed him as the manager and that's what it's been. It's been very much trial and error, changing managers and all that.

"I don't think it'll take Manchester United 30 years to win the league again, but we're still a few years behind the Liverpools and the Manchester Citys.

"But then the gap will change and some of the other teams that get involved in trying to win the Premier League."

Solskjaer has faced plenty of criticism during his first year in charge at Old Trafford, but signs of progress have been shown in a number of key areas.

The Norwegian placed his faith in Marcus Rashford after deciding to sell Romelu Lukaku to Inter last summer, which also granted 18-year-old forward Mason Greenwood the chance to step into a more prominent role.

Rashford is still United's top scorer despite being sidelined through injury since January, and Greenwood has hit a respectable 11 goals across all competitions.

Cole believes Rashford has finally discovered his "best position" and predicts that both men will go on to achieve great things in the coming years.

"This has been Marcus' best season," Cole said. "I think Marcus has made his mind up now, that's the best position for him.

"The young boy Greenwood, I think he's got a great future. He's got an unbelievable future in front of him.

"I think those boys are definitely boys for the future. More so Mason because Marcus has been around for a few years now. He's just got to fulfil his potential."