'It was a no-brainer!' - Young explains decision to swap Man Utd for Inter

'It was a no-brainer!' - Young explains decision to swap Man Utd for Inter 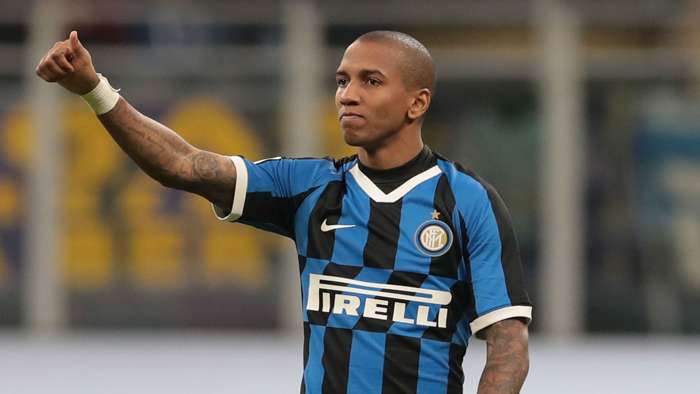 Ashley Young has explained his decision to swap Manchester United for Inter as a "no-brainer", while insisting that he's "still got a lot to give" at the highest level.

The 35-year-old won five major trophies during his time in Manchester, including the Premier League, and was named club captain following Antonio Valencia's departure last summer.

Aaron Wan-Bissaka's arrival from Crystal Palace saw Young fall down the squad pecking order, and he only started 10 Premier League games for the Red Devils in the first half of the 2019-20 campaign.

Inter pounced for his signature before he dropped into the free agency pool, tying him down to a one-year contract with the option of an extra year.

Young has since helped Conte's men secure a third-place finish in Serie A and a spot in the Europa League semi-finals, with his stay at San Siro likely to be extended at the end of the season.

The former England international says it was an easy choice for him to leave United after being told he wouldn't figure into Ole Gunnar Solskjaer's future plans, and he saw Inter as the ideal next destination due to their standing as one of Europe's most successful clubs.

"Obviously being in England all my life, it was a totally different change," Young told UEFA's official website. "But it was an experience that I jumped at. It was an opportunity for me to go and play regularly.

"I spoke to Ole and he said that I wasn't going to play as much as I wanted to, and when you’re coming towards the end of your career you want to be playing as much as you can. I’m as fit as anyone and I feel like I've still got a lot to give.

"For me, age is nothing but a number. Ole said that he was going to bring younger players through and that I wasn't going to have as many opportunities. When the opportunity arose to come to Inter, it was a no-brainer for me. I was like, 'get me on the plane, get me out there. Get me signed on the dotted line'.

"I was just speaking to the manager and players that were here that I knew as well. It was a fantastic opportunity; a club that’s massive worldwide, one of the biggest teams in world football."

Ahead of a last-four showdown against Shakhtar Donetsk in the Europa League on Monday, which could set up a final clash against his former employers, Young also offered an insight into Conte's coaching methods before discussing his forward-thinking role in Inter's line up.

“He Conte demands everything, not just in matches, in training as well. You can tell he’s a winner," the ex-United star added. "He wants to win, and he demands that from all the players, a winning mentality. Everyone’s got that.

"Obviously, it’s more of a tactical league Serie A than I’ve been used to, but it’s one of those things you have to adapt to pretty quickly and I felt I have adapted to that.

“Playing the wing-back position, there’s a lot of running to do, getting forward, defending. But as the way that we play, you’re more on the front foot and playing as an attacker, and it’s felt like a new lease of life being able to get on the scoresheet and get assists.