'It's a competition for big players' - Tuchel praises Di Maria, Mbappe and Neymar for guiding PSG to Champions League final

'It's a competition for big players' - Tuchel praises Di Maria, Mbappe and Neymar for guiding PSG to Champions League final 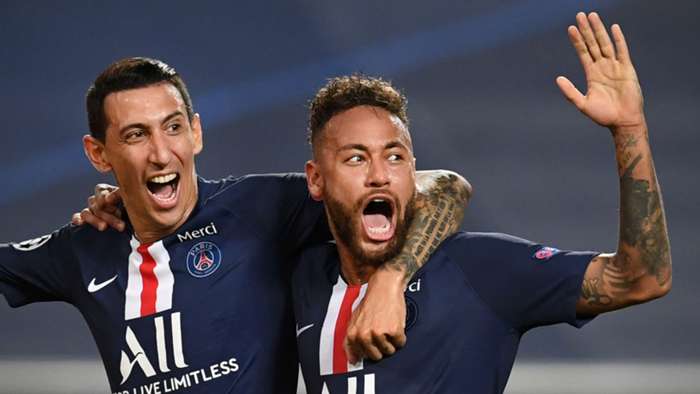 Tuchel's side now move into the final of the competition - to play either Bayern or Lyon on Sunday - and the German boss was ecstatic at the performance of his team, particularly the impact of his star players.

"It's incredible! We are here to play a final and to win," Tuchel told RMC Sport. "The team did very well. The team showed its qualities,hunger anddetermination. It was a good mix. And we deserved to win.

"I was very nervous, yes, and I felt the pressure. I have players who are used to this pressure and they love it. In football, we are never sure. But, we defended well. And it was very important. We had the right state of mind.

"Our plan was to keep our principles of the game, control the spaces and use the speed of Di Maria, Mbappeand Neymar. It's a competition for big players. We have to put them in comfort. We must not adapt too much to the opponent, we must show our strength. And the team showed its hunger, and its wish to suffer together."

Bayern and Lyon will face off on Wednesday to meet PSG in the final, with Tuchel explaining he felt the Bundesliga championswere most likely to be their opponent in a match that would be the most momentous of his career.

"I will enjoy and watch this game tomorrow," he said. "With my players and my staff. We know that Bayern are the favourites, but it's football.

"Obviously, that will be the biggest challenge of my career on Sunday."