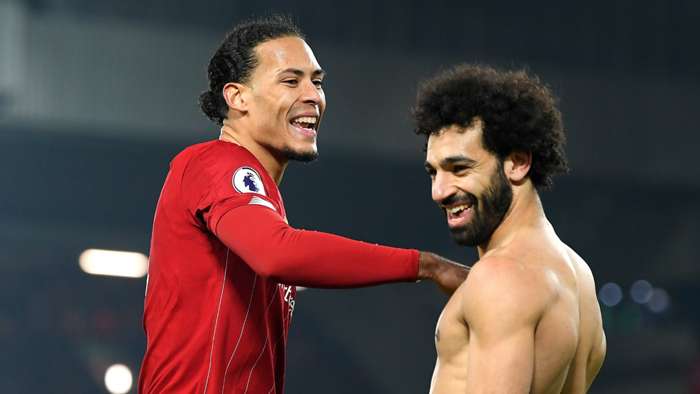 Liverpool’s shrewd transfer policy has been praised by the man who created the ‘Moneyball’ recruitment strategy in the United States.

Other sports have since been inspired to adopt thisstrategy to try and spot under-valued players using data and statistics, most notably football.

Newly-crowned Premier League champions Liverpool, whose owners FGS also own MLB side Boston Red Sox, are one of the teams to benefit from such an approach.

The Reds have a smaller transfer budget than many of their rivals but have managed to outperform them all over the past two years, winning the Champions League, UEFA Super Cup, World Club Cup and now the Premier League.

Beane says one of the common misconceptions of the ‘Moneyball’ strategy is that involves not spending much money, when it is more about extracting the maximum value from what you spend, which is what Liverpool have done so successfully.

The Merseysiders have still spent considerable sums, but the £36 million ($45m) signing of Mohamed Salah or the £75 million ($94m) capture of Virgil van Dijk are examples ofsignings that have proven to be great value given the impact they have had on the side, despite being perceived as lavish transfers at the time.

"It has a lot of different meanings. The assumption when that term is used is that you are always looking to spend as little as possible, which actually couldn’t be further from the truth,” Beane told theLiverpool Echo.

"Some business decisions - or sporting decisions - cost a lot, but they are worth far more than you put into them. For example: Michael Jordan. Whatever he was paid by the Chicago Bulls, he was worth exponentially more.

"We are ultimately trying to find undervalued assets and hope that the player value would continue to increase. The challenge in Oakland is that there were a lot of good decisions that cost a lot of money that we were not allowed to make.

"At Liverpool, a great example is Salah. They spent about £40mon him from Italy, which is a lot of money. At the time, people thought that was too much but as it turned out, he was worth far more than they paid for him.

"To me, that’s a great example of exploiting a data advantage - spending a lot of money, but getting far more value out of it than what people expect.”

Liverpool’s approachinvolves the use of a ‘transfer committee’, consisting of manager Jurgen Klopp, sporting director Michael Edwards, members of the scouting team and club executives, though it did not yield immediate success.

The committee drew ridicule in its early years, with Klopp’s predecessor Brendan Rodgers in the dugout, after a number of failed signings and relative lack of success on the pitch.

However, their persistence with such an approach has now been empathetically vindicated, with Beane saying they deserve credit for maintaining their strategy despite early criticism.

"They will immediately have an opinion, so you face a lot of noise. When we first started, we didn’t see it as courage,we thought it was a more rational way to make a decision.

"Since we were doing it with information, we actually thought it was a less risky way to make decisions as opposed to just having no road map as to how we make decisions.

"When they put together the ‘transfer committee’, they were ridiculed for that and as it’s turned out, it doesn’t sound like it was such a bad idea.

"I’m speaking as someone who doesn’t work there, but probably has an idea of what they are doing. It’s obvious they created a very collaborative process driven by information, and they have a manager who is seamlessly involved in that process.

"That’s the goal of every sports team: to do what Liverpool has done. Really what they were saying was that they were going to create a process, driven by data, collaboration, and information.

"Nobody is ridiculing it now, are they? So hats off to the entire organisation and to Edwards. He has had so much success and he really doesn’t get as much international credit as he should because it is brilliantly executed."