Inter players need to share 'at least one per cent' of disappointment after shock Bologna loss, fumes manager Conte

Inter players need to share 'at least one per cent' of disappointment after shock Bologna loss, fumes manager Conte 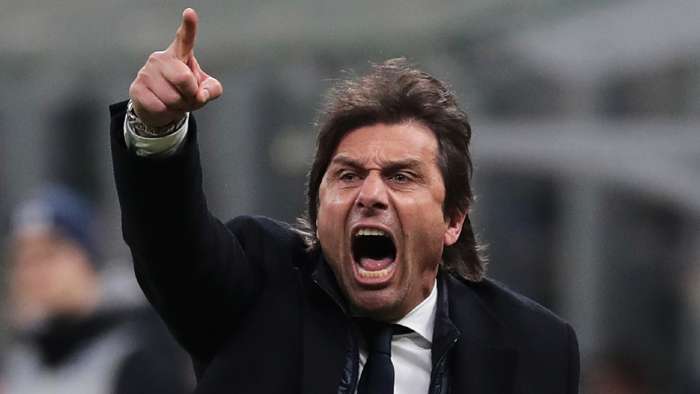 Antonio Conte hopes Interplayers feel at least "one per cent" of his disappointment following their 2-1 Serie A defeat to Bologna at San Siro on Sunday.

Inter had forged ahead in the first half courtesy of Romelu Lukaku before Bologna's Roberto Soriano received a red card for dissent after 57 minutes.

Lautaro Martinez could have all but wrapped upthe winfrom the penalty spot five minutes later but Lukasz Skorupski kept out his tame effort.

That gave the impetus to the visitors, who roared back to steal a stunning winning thanks to goals in the final 16 minutes from Musa Juwara and Musa Barrow, either side of a red card for Inter's Alessandro Bastoni.

Conte, who spent close to an hour in the changing room with his side before talking to the media, could not hide his frustration and says his players should be angry at their display.

"The disappointment is enormous, at least as far as I'm concerned," he told reporters."I hopethis disappointment that I feel is also felt by the players for at least one per cent.

"I am angry at myself because I'm the manager.I have my responsibilities; I am the one who directs the situation and it is right that I am very angry first of all with myself.Then I think that the players must also be with themselves."

The setbackleaves Conte's sidefour points behind second-placed Lazio and just one ahead ofAtalanta in the battle for Champions League qualification.

Conte is under no illusions that he is expected to win trophies at Inter and says he fully expects to be scrutinised when things do not go well.

"Situations are evaluated only by facing them," he added."For me this is the first year of working with Inter and I have taken a situation with many situations to improve.At the same time, I also say that it is right to challenge everyone, me first.

"I was brought here for a winning project and to bring Inter back to winning things.Clearly, the victory does not come overnight, but many situations leave a lot of bitterness. You think you are at a level and instead you are at a much lower level.