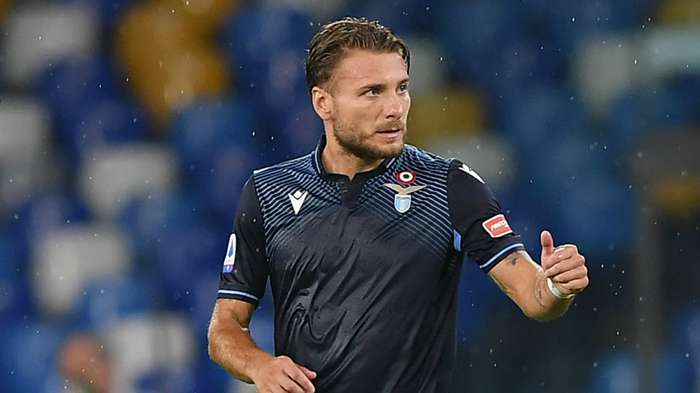 Lazio star Ciro Immobile joined Gonzalo Higuain as the highest scorer in a single Serie A season with his 36th strike of 2019-20 on Saturday.

The 30-year-old sat on 35 strikes ahead of Lazio's clash with Napoli, four ahead of Juventus' Cristiano Ronaldo; and Maurizio Sarri's decision to leave the Portugal star out of his match-day squad against Roma meant that he would face no late surge against his prize.

It was also enough to seal the Golden Shoe as Europe's most potent sharpshooter, beating out Bayern Munich's Robert Lewandowski who netted 34 over the course of his side's Bundesliga-winning campaign.

Still, Immobile refused to rest on his laurels, netting after 22 minutes at San Paolo to cancel out Fabian Ruiz's early opener.

In doing so he brought his season's tally up to 36, a mark only one other player hasever reached in Serie Ahistory.

Higuain had set the all-time record back in 2015-16 with Napoli,although Torino legend Gino Rossetti had also managed 36 prior to the league's renaming in the old Divisione Nazionale in 1928-9.

It was no secret that the Lazio star had his eyes set on the Argentine's record, with Immobile admitting as much back in April as he waited for Serie A to resume during the coronavirus pandemic.

"I'm training hard to achieve this goal. Everyone has their own. It would be nice," he explained toSky Sportwhen asked about the possibility of surpassing Higuain.

"It's like the Easter egg. We'll see what the surprise will be when we get back on the field. I'll do my best."

Immobile's haul is also 10 goals higher than that managed by previous top scorer, Fabio Quagliarella, who netted 26 with Sampdoria in 2018-19.

It is his third Capocannoniere title, having first lifted the award in 2013-14 with Torino before sharing the honours with Inter's Mauro Icardi in 2017-18.