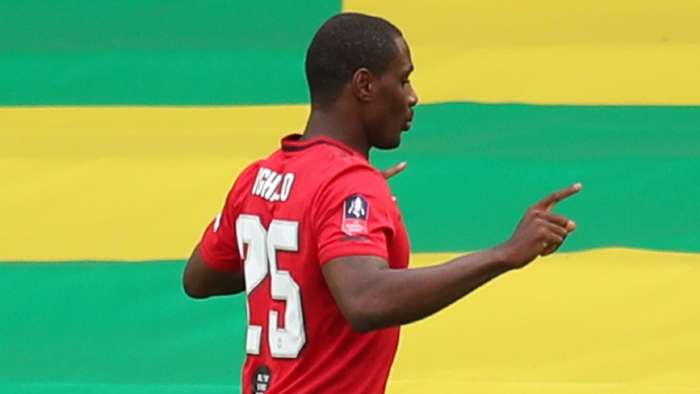 Ole Gunnar Solskjaer's men have already beaten Chelsea three times this season, and they are currently protecting a 19 match unbeaten run in all competitions.

United dispatched Norwich in the quarter-finals, with Ighalo getting on the scoresheet in a 2-1 victory at Carrow Road, continuing his impressive form since moving to Old Trafford on loan from Shanghai Shenhua in January.

The Nigerian has had to make do with a bit-part role in Solskjaer's squad, but has impressed enough to earn a contract extension through to early 2021, scoring five goals in 14 appearances - with only four of those outings coming as a starter.

The 31-year-old was part of the Watford side that was beaten by Crystal Palace in the 2016 FA Cup semi-finals, and he isdetermined to avoid a repeat experience this weekend.

Ighalo told United's official website: “Everybody wants to play against teams like Chelsea, big teams, and play well against them and, most of all, playing at Wembley and, you know if you win, you’re in the final. So, of course, it’s going to give you more to want to fight hard and make sure you give everything to win the game.

“To get to the final would be great for me in my life and my career. I missed out in 2016 and I have the opportunity to now get to the final with the club I’ve supported all my life. It would make my dreams perfect. It will be tough but we have what it takes.

“We have beaten them three times this season I think, one in the Carabao Cup and two in the league, and we’re playing them now in the semi-final. All those games don’t count though.

"This is a different game which is going to be even tougher without the fans in the stadium. We have to fight from the first minute until the end. It’s always tough against them but I think, with the quality and momentum we have now, we are ready to go and to win against any team.”

When asked about to weigh in on the impressive form of Marcus Rashford, Anthony Martial and Mason Greenwood since the Premier League restart, Ighalo responded: “They are doing so well.

"Seeing them playing every week is a joy. Rashford has come back from his injury and is doing well. Martial is scoring goals, Mason Greenwood is unbelievable, he is such a good finisher with both feet.

“The team is doing well and the three forwards are scoring goals and that’s what we need - goals win games. And I don’t forget Bruno Fernandes with the assists and goals too. I think the mentality is getting stronger every time."