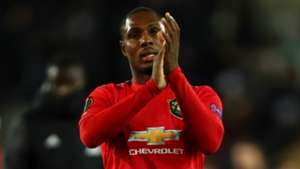 Odion Ighalo is the perfect "throwback" for Manchester United, says Rio Ferdinand, with the Nigerian striker driven by passion for the club he supported as a boy rather than monetary gain.

The Red Devils have struggled to find those qualities at times in the transfer market.

That has led Ole Gunnar Solskjaer to favour a different approach to recruitment, with greater emphasis being placed on players with promise and home-grown talent.

United broke that mould in January when snapping up Bruno Fernandes and Ighalo, but have seen an immediate return offered on those shows of faith.

A EUR55 million (?47m/$60m) Portugal international midfielder has starred in the engine room, while a former Watford frontman has slotted seamlessly back into the English football fold.

Ferdinand believes loan star Ighalo, with three goals in six appearances, will prove to be a shrewd addition because he shares the passion which iconic figures that have gone before him once held.

The legendary former Red Devils defender told BBC Radio 5 Live: "You've got to give, I think, Ole and his recruitment staff credit.

"He's started ever so well. He's hit the ground running.

"One of the main question marks about him was he's played in China, the level's not the same. Is he going to be fit enough? So there were so many questions marks over it, but Ole saw something and said I want to go for him.

"I think the fact that he's a Man United fan is big and his heart and soul will be put into this move.

"It's not a monetary signing at all. It's about wanting to play for the shirt and the badge and he wants to get back to that because I think because there have been far too many people that have come in and played probably for the money and the exposure over what it means to play for Manchester United so he's a bit of a throwback, he's here for the right reasons and you've seen that in his performances.

"He gives Manchester United something different. He's more of a - he's not as mobile and dynamic as the young forwards that they've got there in [Marcus] Rashford and [Anthony] Martial and Dan James but he gives them something different, that presence.

"Somebody that the players, and midfield especially, can play into from different areas and then people can join him and he'll bring them into the game."

Ighalo will be hoping to see more minutes for United on Sunday when they take in a derby date with arch-rivals Manchester City at Old Trafford.