'Ibrahimovic was like a ghost' - Milan star dictated the game against Shamrock Rovers, says Bryne

'Ibrahimovic was like a ghost' - Milan star dictated the game against Shamrock Rovers, says Bryne 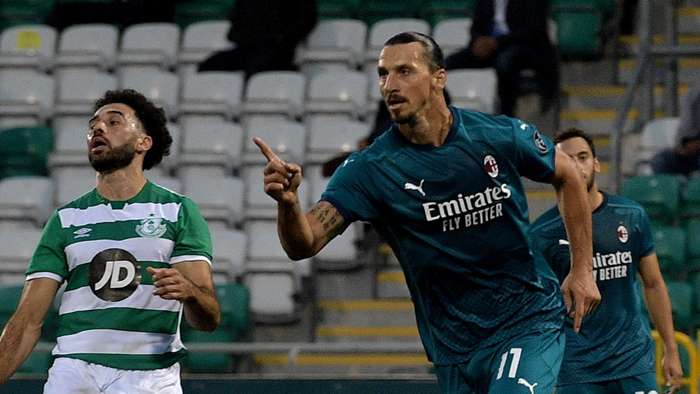 Zlatan Ibrahimovic "was like a ghost" against Shamrock Rovers, according to Jack Bryne, who says the Milan star dictated their Europa League clash.

Ibrahimovic opened the scoring on the night with a trademark finish 23 minutes into the contest, beforeHakan Calhanoglu's stunning second half-strike wrapped up a comfortable victory for Stefano Pioli's men.

The ex-Sweden international, who signed a new one year contract at San Siro last month, also hit the crossbar and caused problems for the Shamrock defence throughout the 90 minutes, defying his age once again as he approaches his 39th birthday on October 3.

Byrne has now admitted that Ibrahimovic was the main difference between the two sides, praising the veteran frontman for his movement and how he managed to make a huge contribution while still managingto conserve plenty of energy.

"For such a big man, he was like a ghost on the pitch, you couldn't pick him up. His movement for his goal was fantastic," the Shamrock midfielder told OTB Sports.

"That is just what top players do, you can keep them quiet for the whole game and then they pop up in one moment. I thought throughout the game he was brilliant, just dictating the game without running around."

Asked what makes Ibrahimovic such a special player, Byrne responded:"From such a young age, he was good - it is a natural gift that he has that he can move so well for a big man.

"But going through top clubs, it is not enough - you have to add little parts to your game depending on what managers want you do.

"He has done that over the years and his record speaks for itself, but I think that he has got better with experience."

The Irishman added on the Milan frontman's aggressive approach the game and Shamrock giving a good account of themselves on the European stage: "I think he was giving the lads a little bit! You don't mind that - it made it competitive.

"Us being at our best and them being bang at it - they beat us 2-0. Obviously, we are disappointed with the result but it is not the worst in the world."